Today was my perfect day, and my favorite day on our trip thus far. It incorporated everything I love to do – road trips, aquariums, fair food on the boardwalk, dinner by a fireplace, sightseeing.

We rented a car for our road trip today (which we will keep through Sunday for the Coldplay concert on Saturday, 30 minutes outside of the city). We had a list of places we wanted to visit, so Tyler put them in order of proximity, and then we were off! We also had a running bet that we would see 15 Volkswagen buses on the drive, so part of our trip was keeping our eyes peeled for them.

It was such a moody day today and perhaps the most foggy day we’ve experienced yet, which is why it made our road trip extra cozy and fun! We stopped at the Starbucks in Pacifica and began driving Hwy 1. Looking out at the Pacific Ocean with it’s moody waves and nippy breeze made the experience so memorable. We’d jump out at every stop and spot seals playing in the foam of the waves. 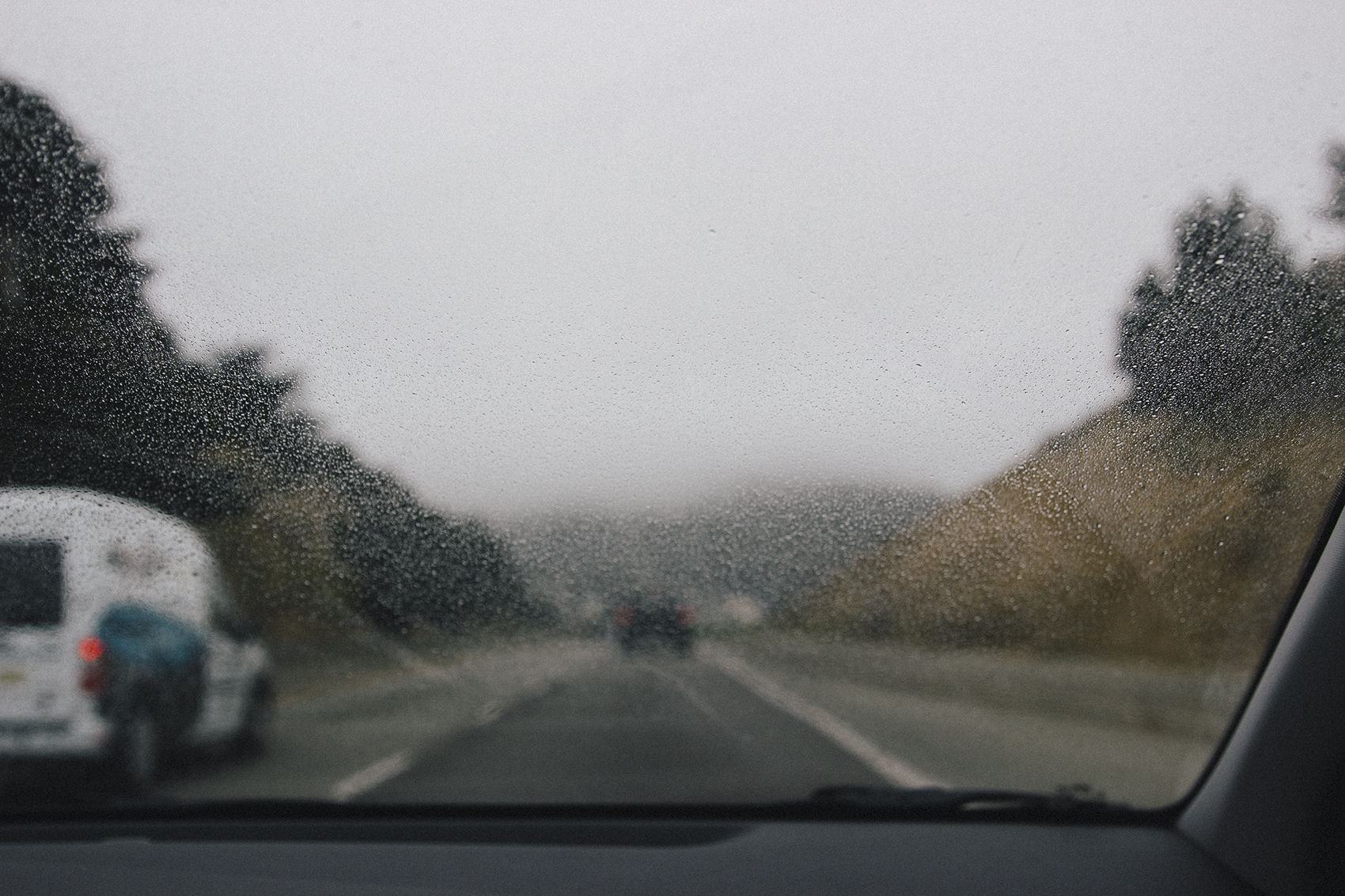 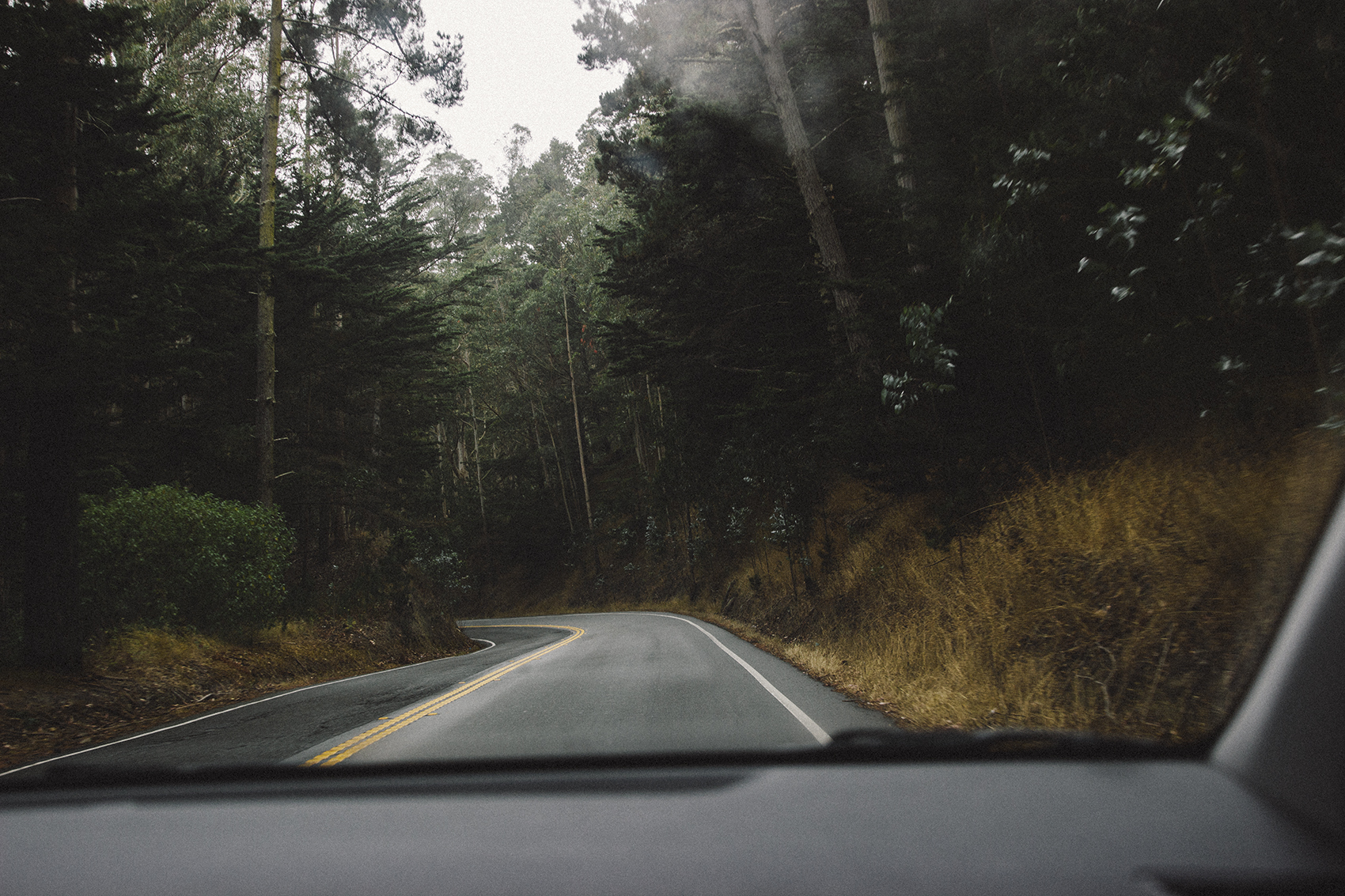 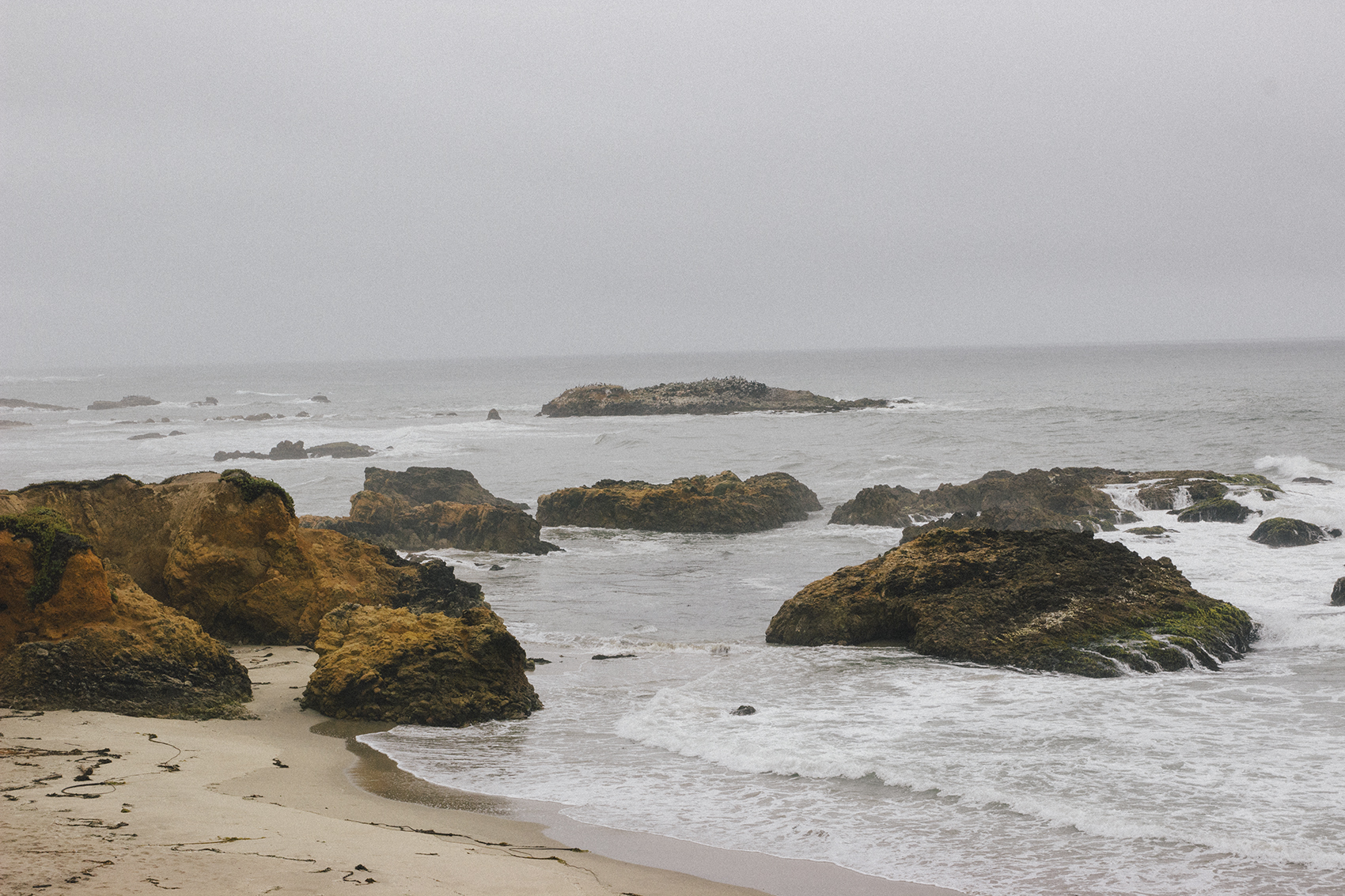 We spotted a whale carcass with a sign nearby that said how the whale died, which was by head collision with a large vessel. It was a sad sight (and smelly) but the circle of life, I guess. If you squint your eyes in the below pic, you’ll see the remains by the birds. 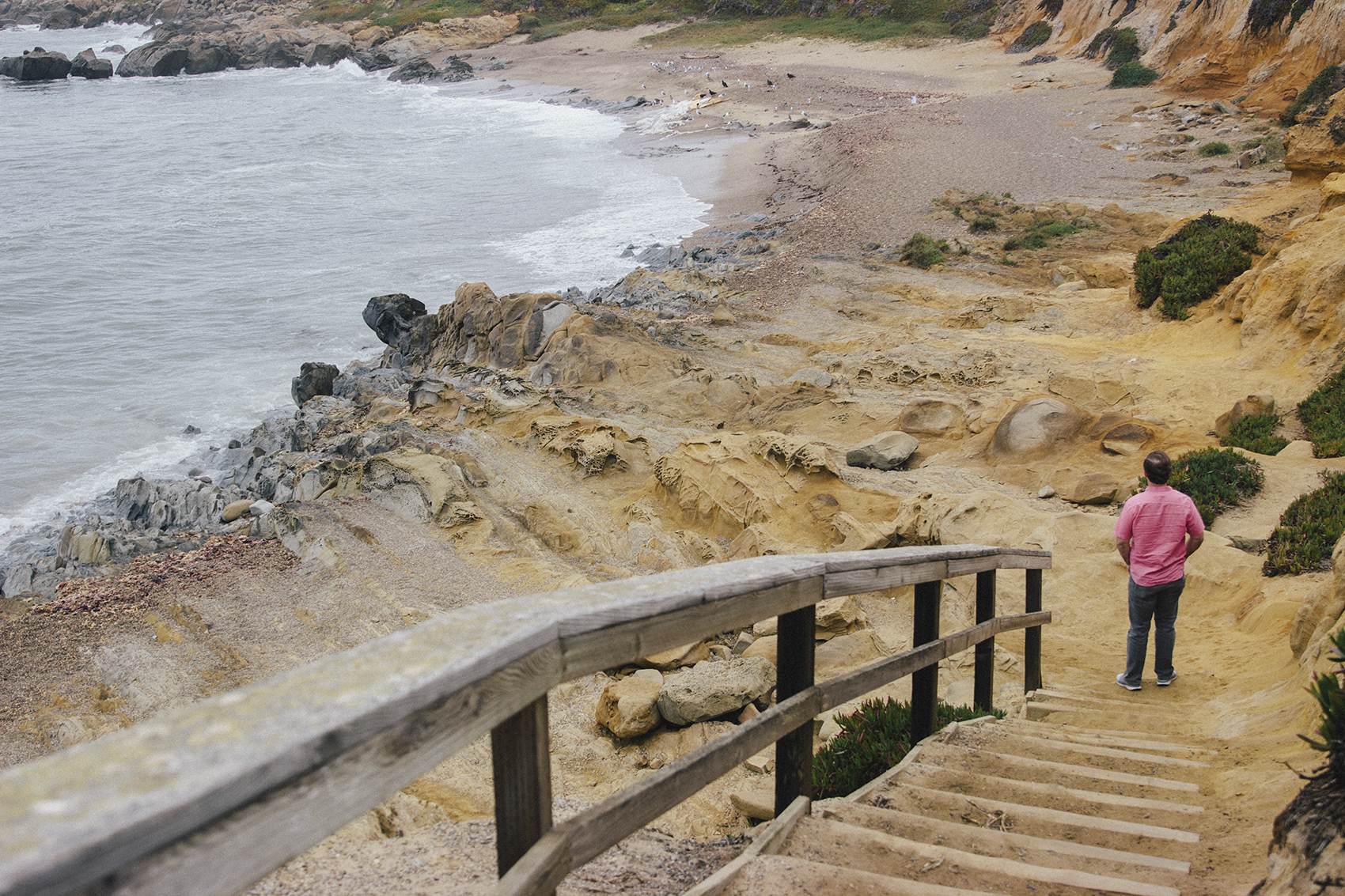 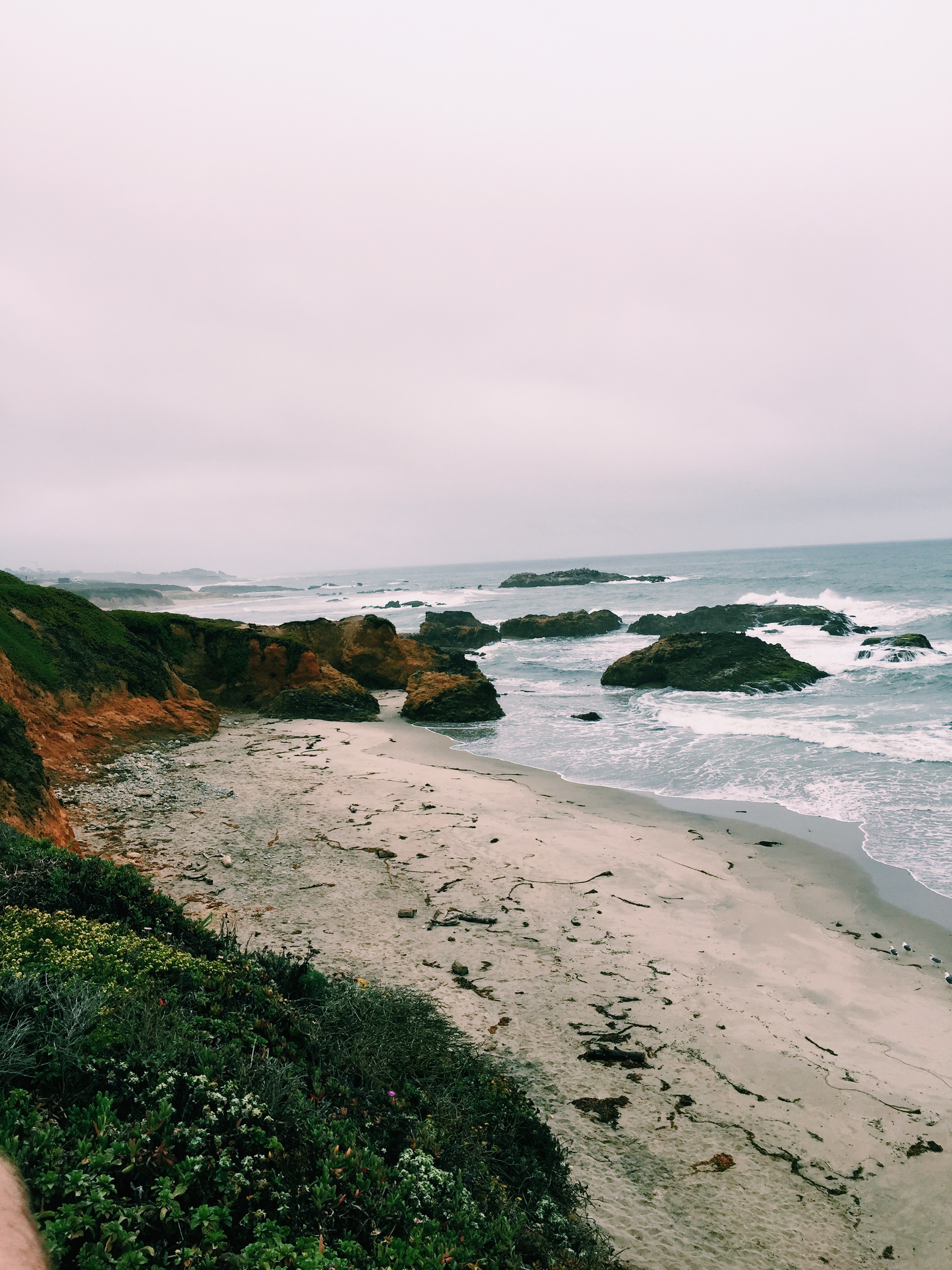 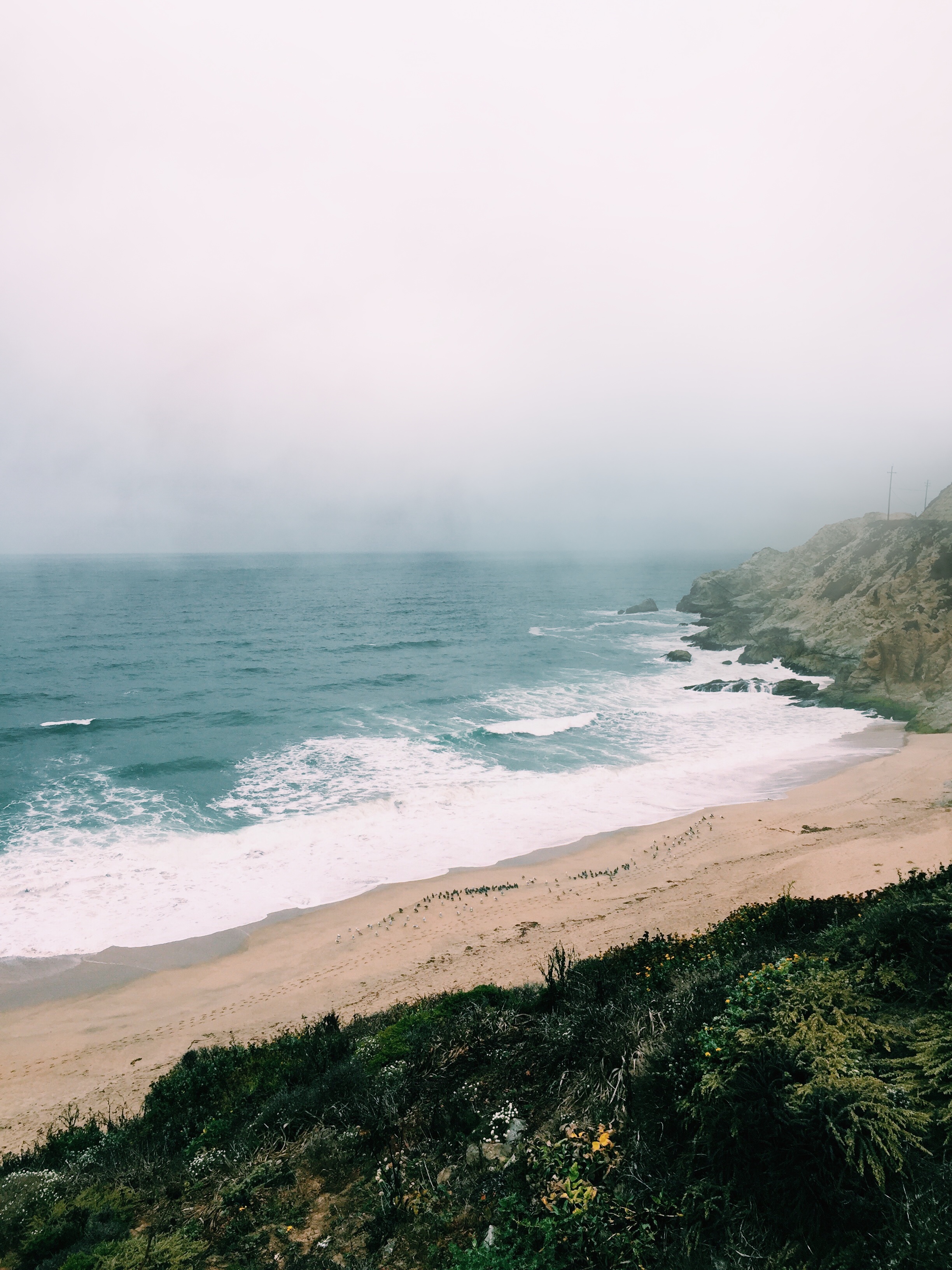 Our next stop was the Santa Cruz boardwalk. I’m so glad we came here! We were like big kids trying to decide what we wanted to eat, considering it’s probably not healthy to eat 3 funnel cakes for lunch. We settled on corn dogs and mixed our own slushies. It was a beautiful day in Santa Cruz. 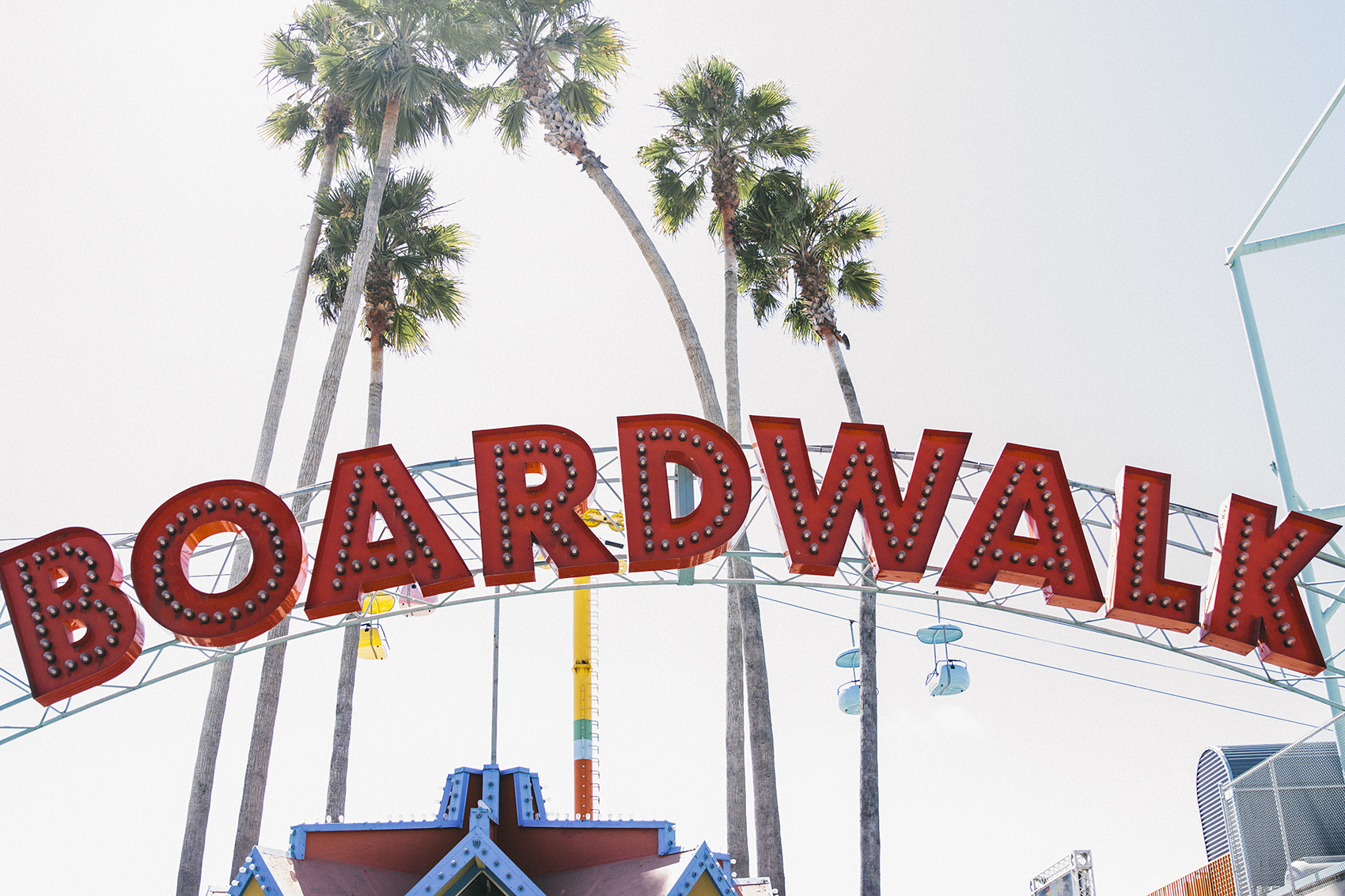 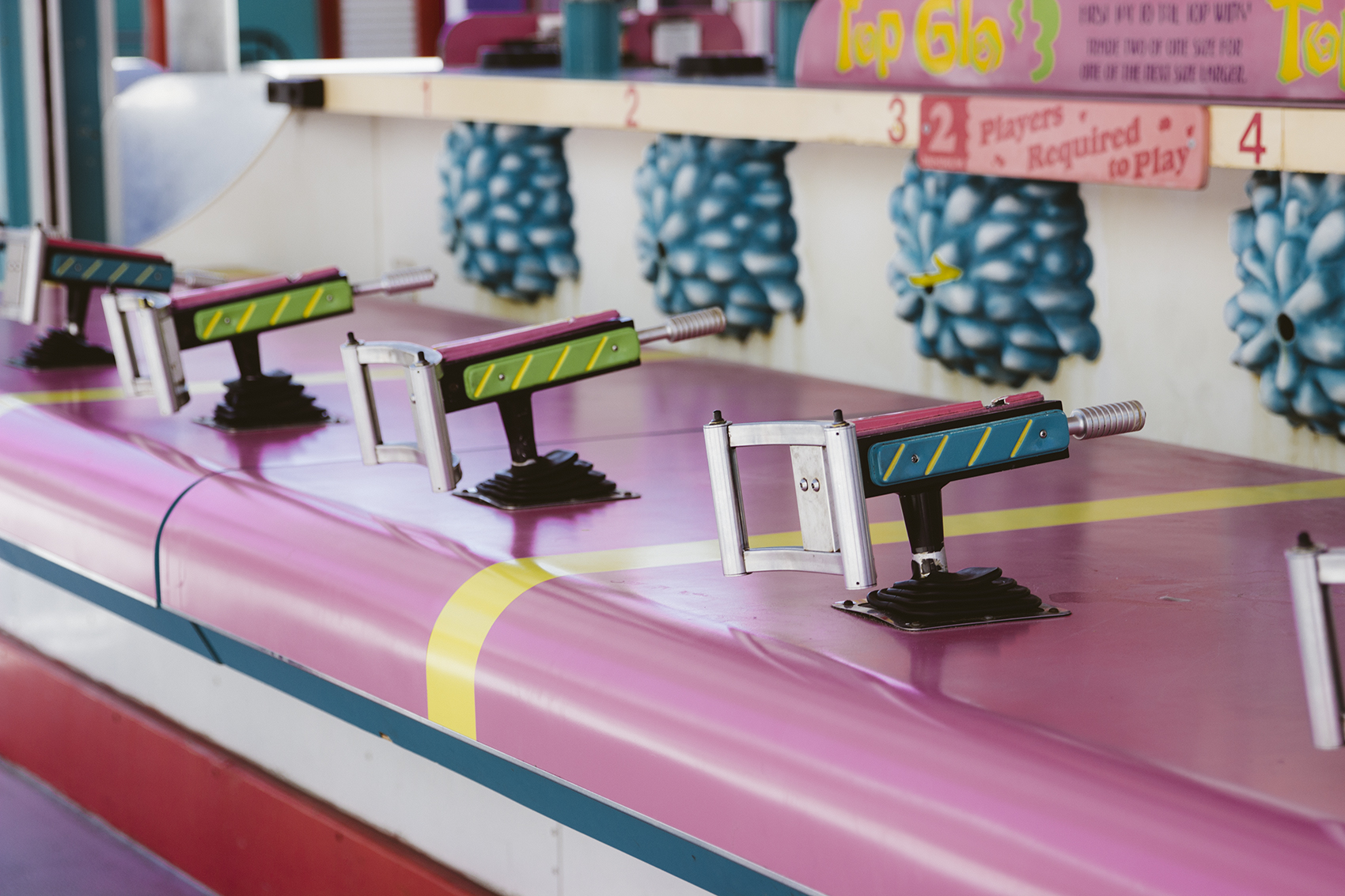 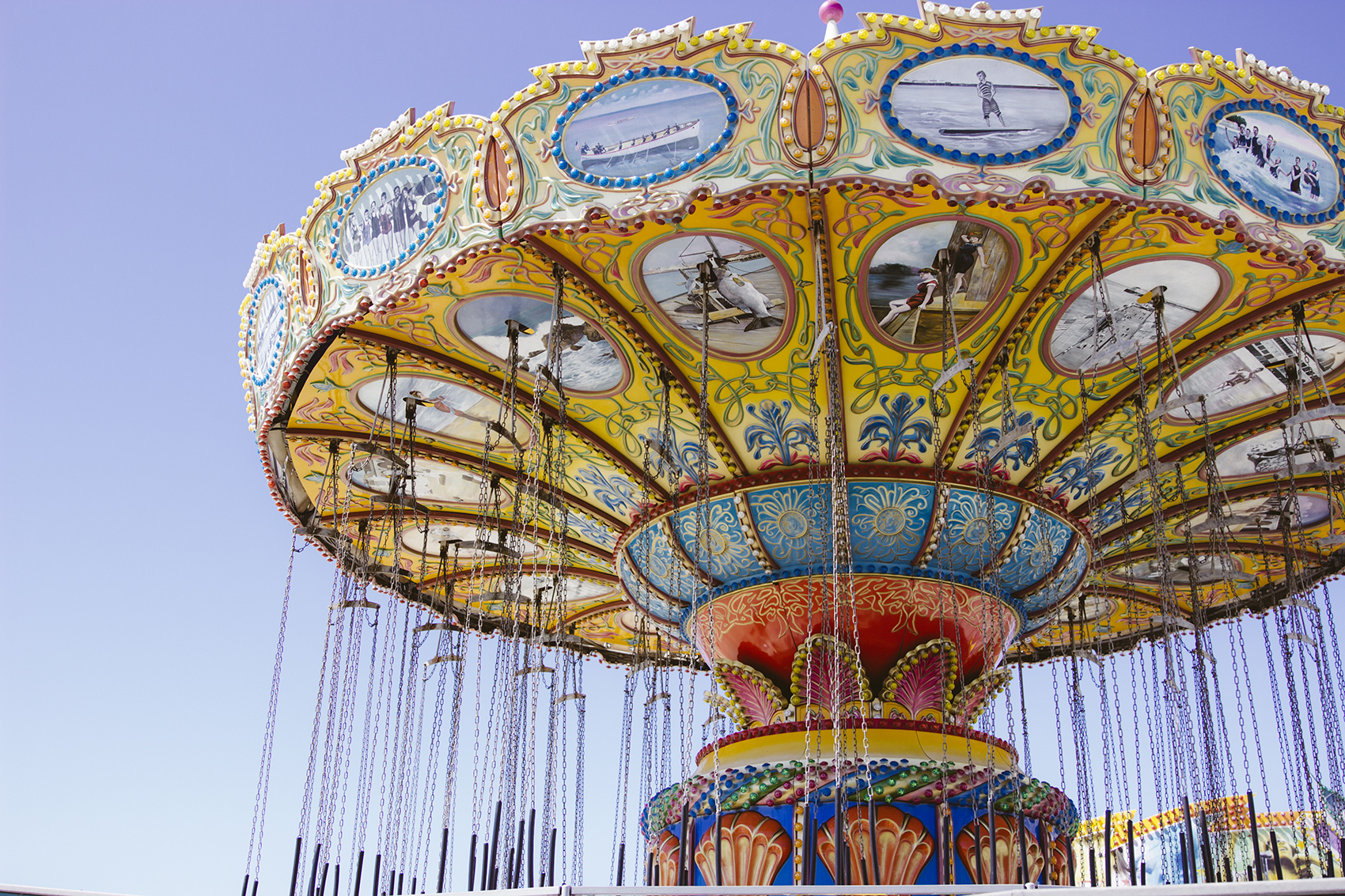 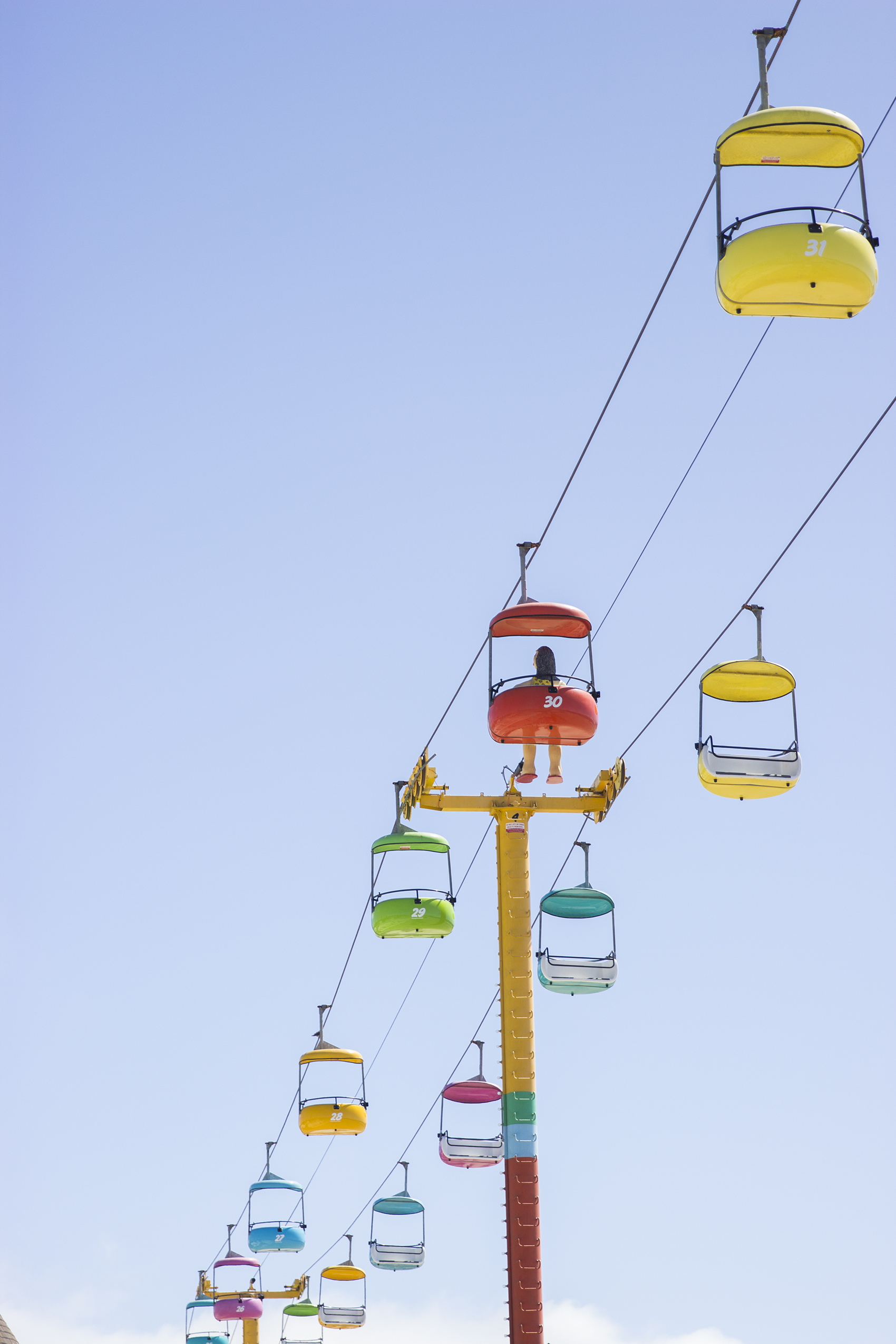 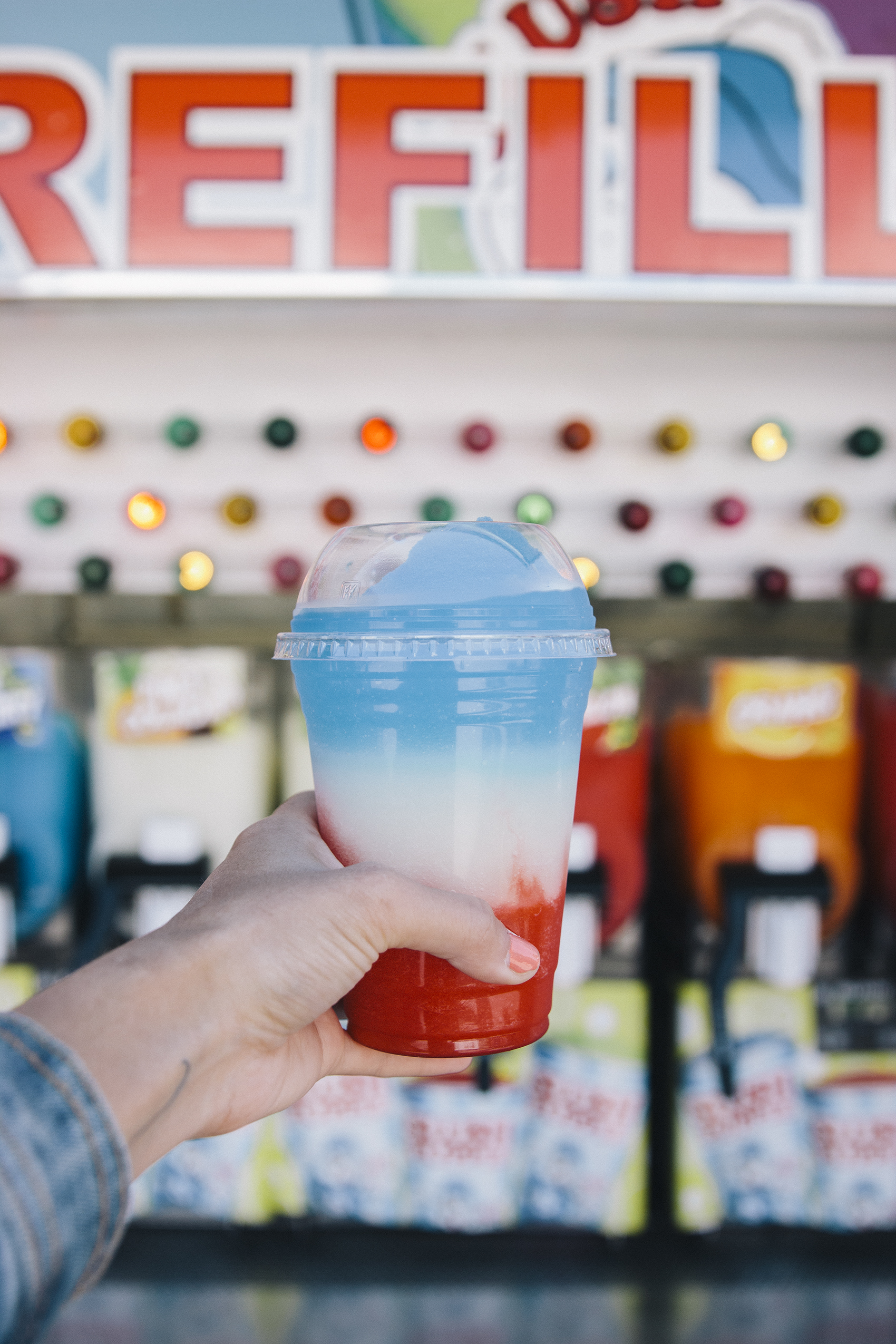 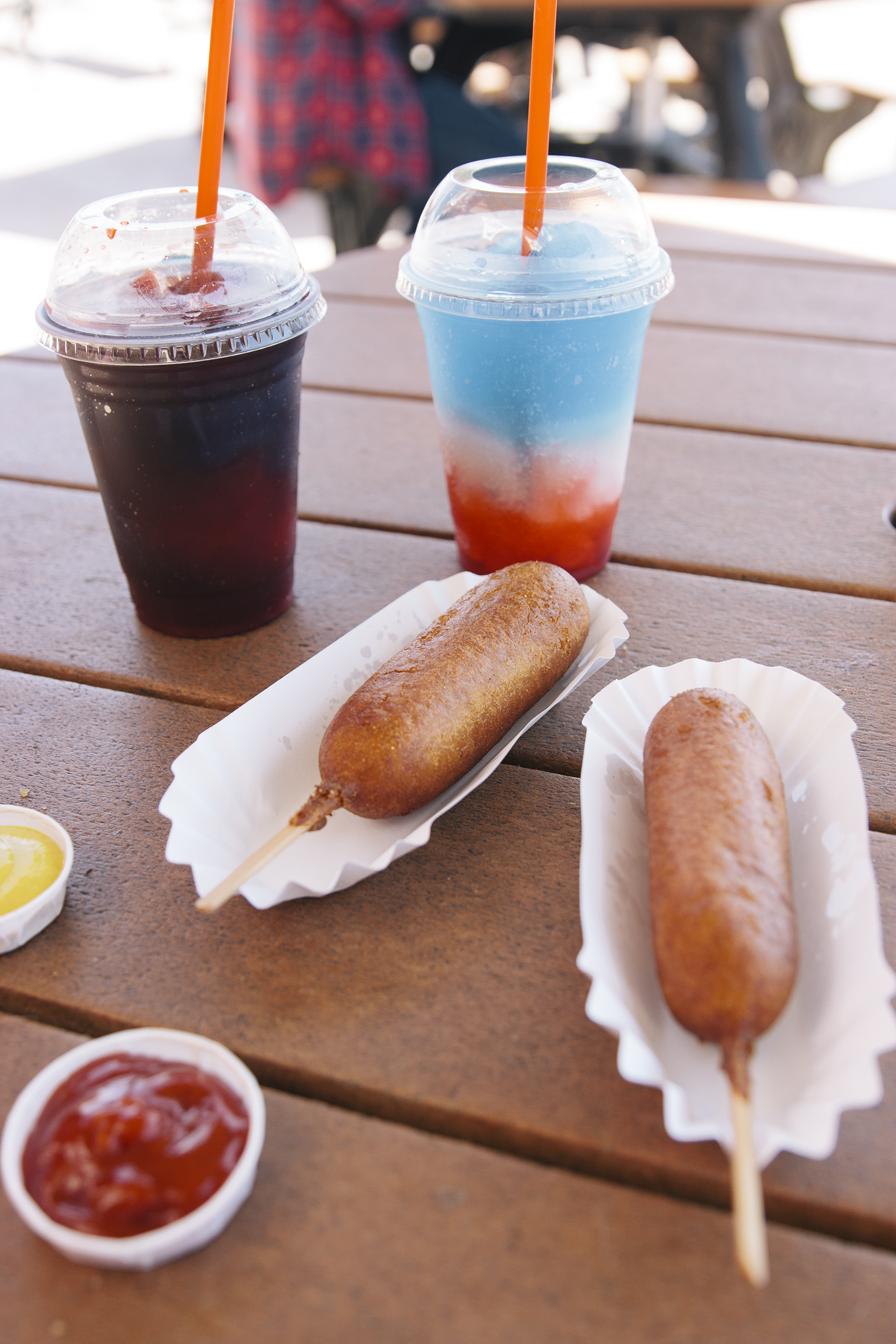 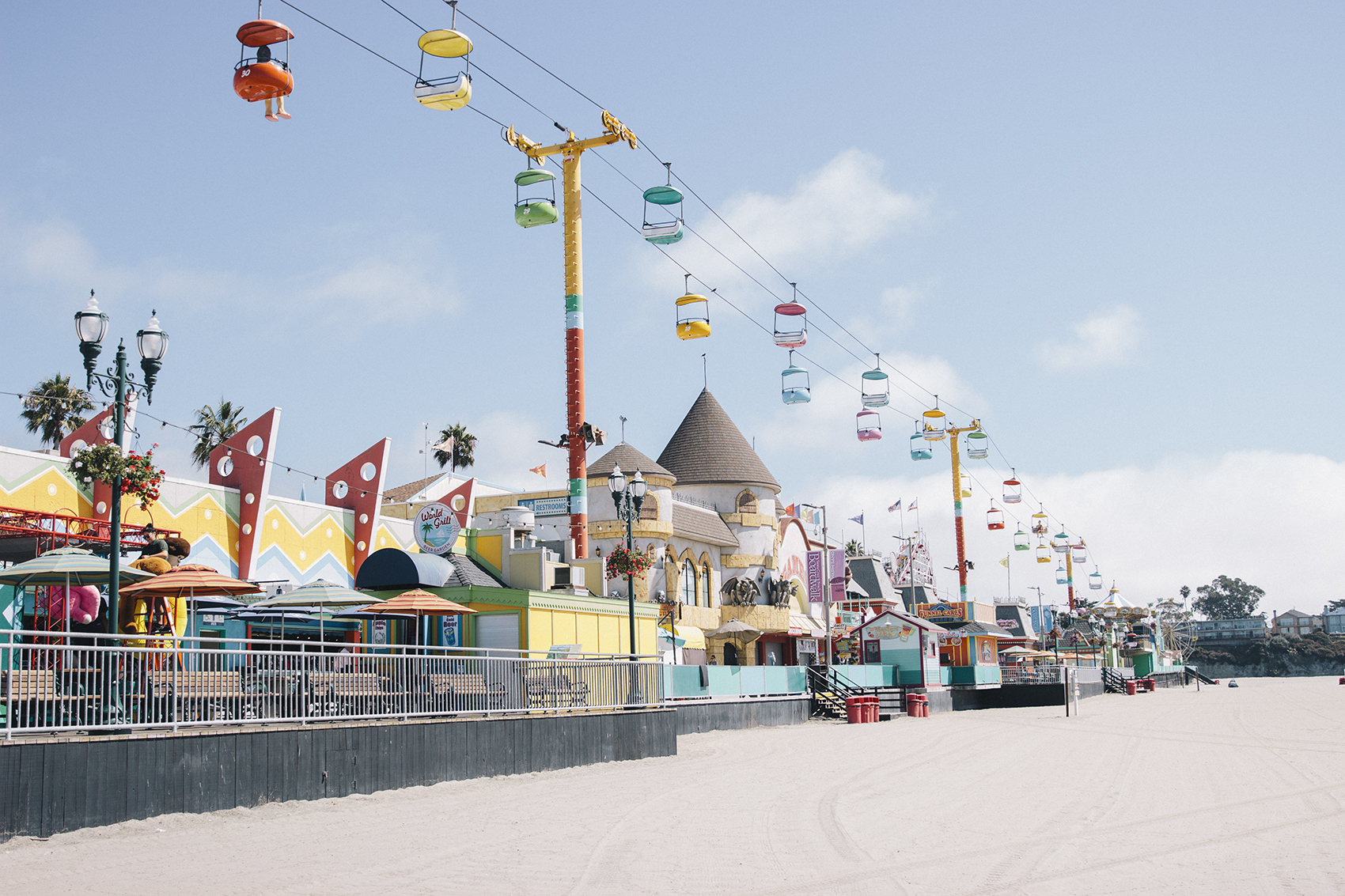 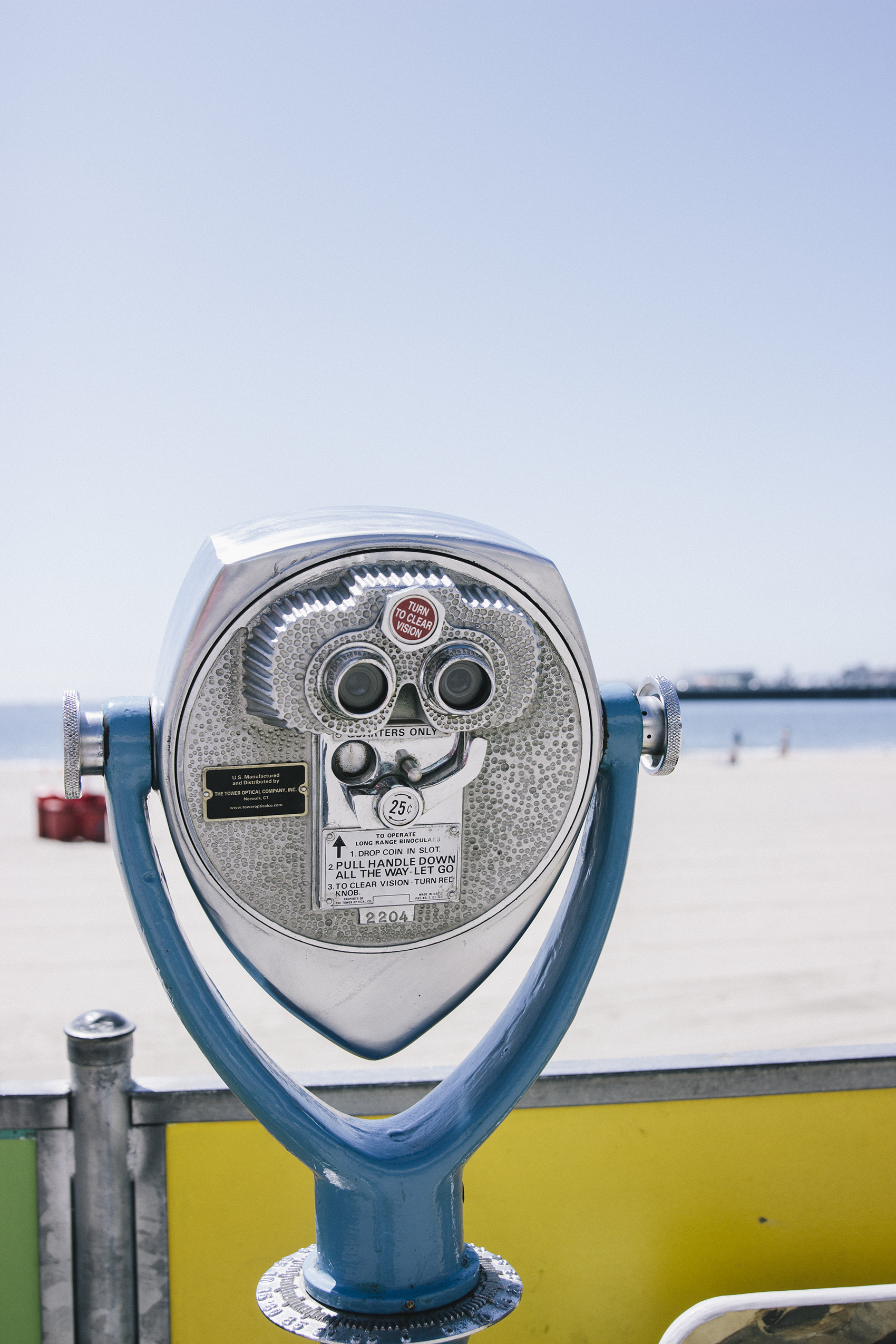 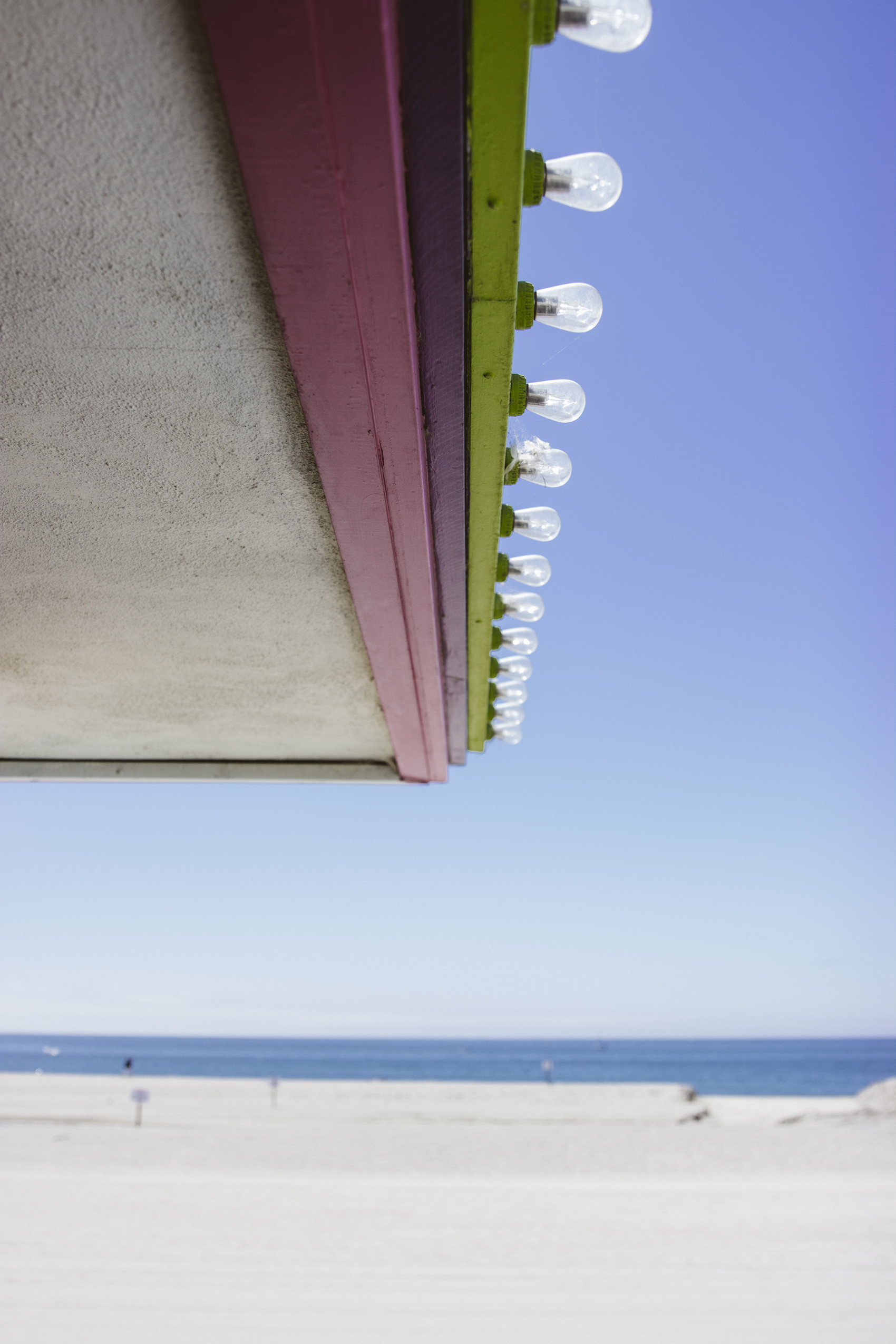 I had to sport my food pins at the boardwalk! 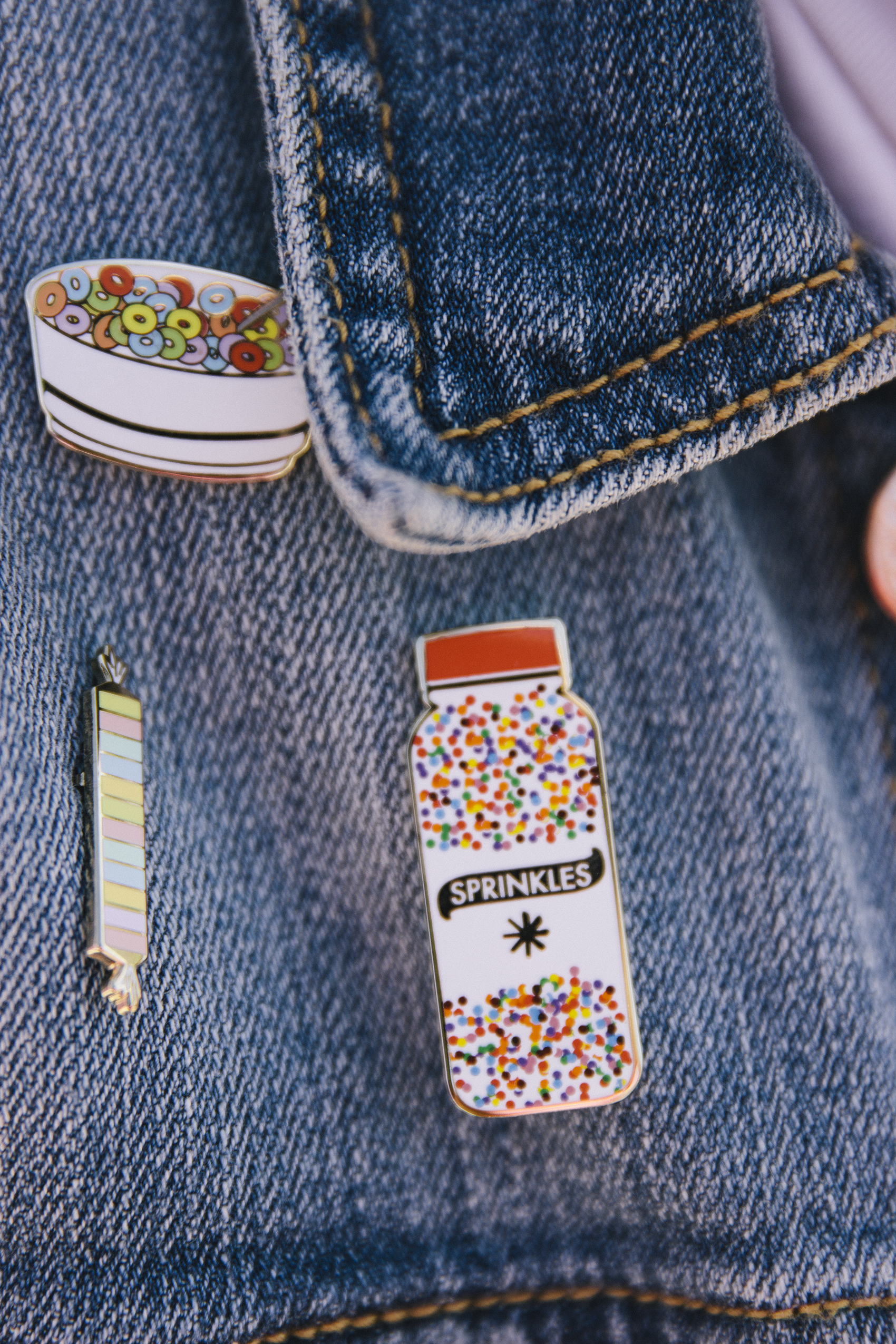 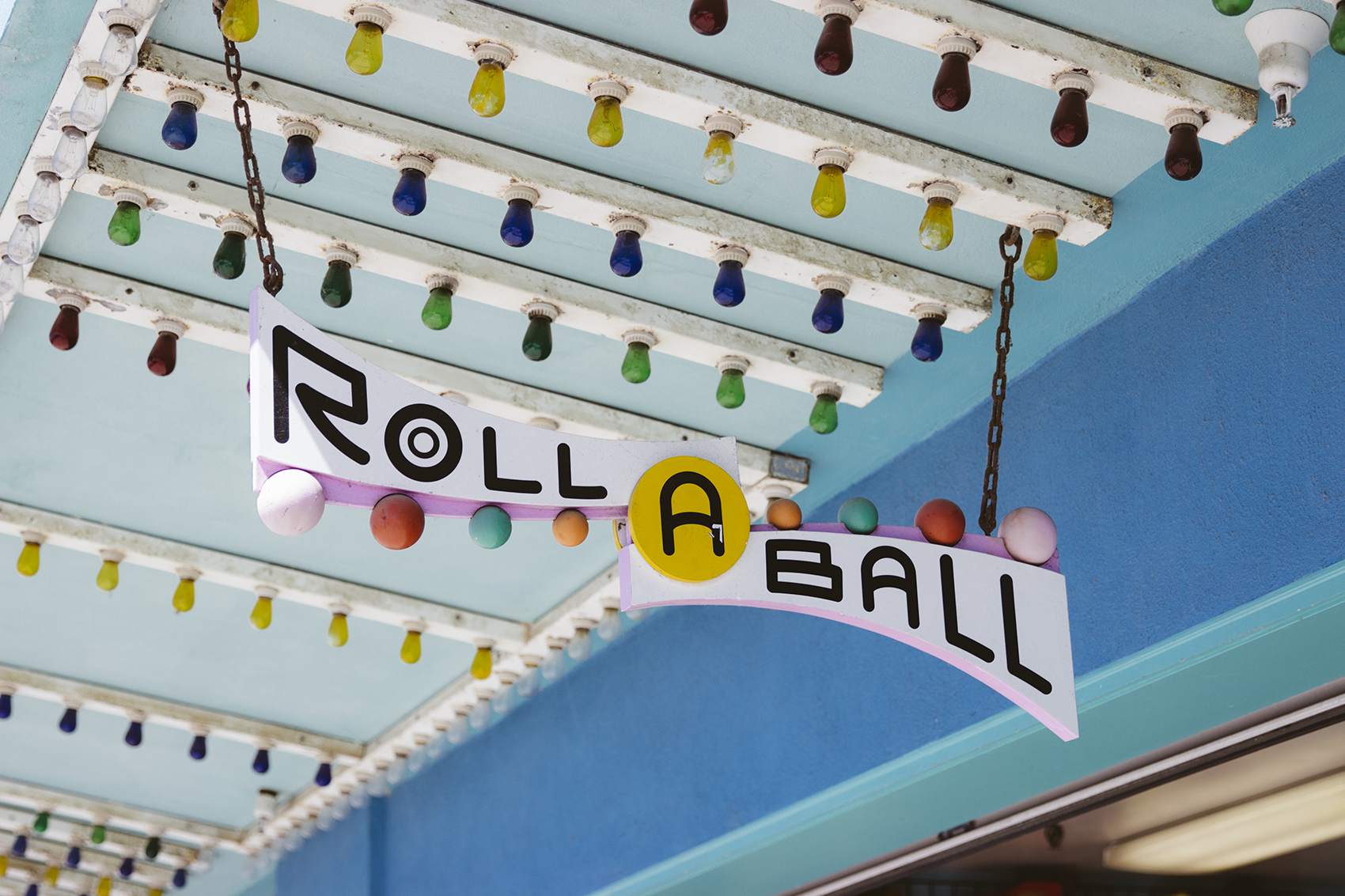 After Santa Cruz, we drove 5 miles to Venetian Capitola, a charming (and colorful) 1920s Mediterranean-style hotel overlooking the beach! 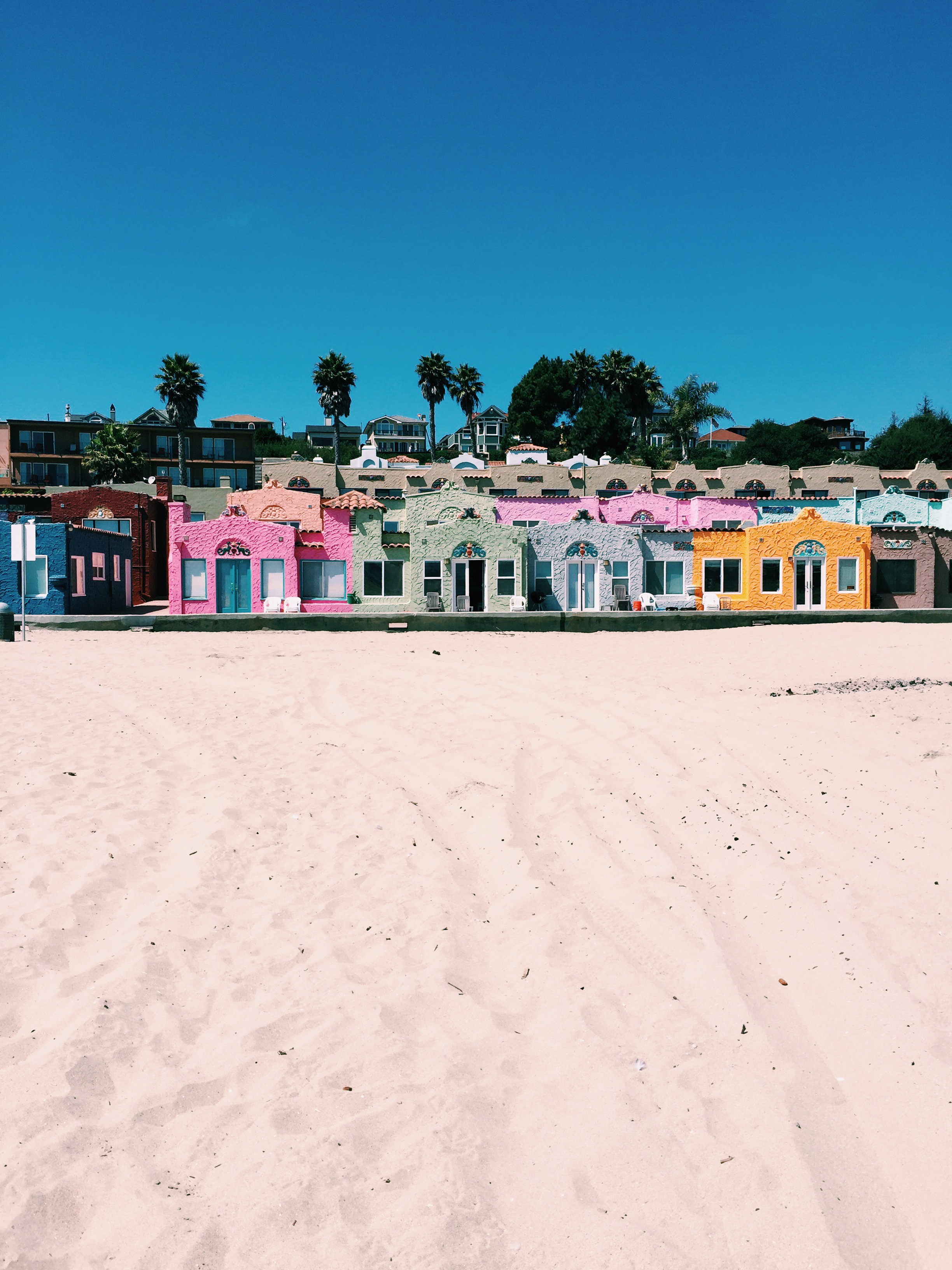 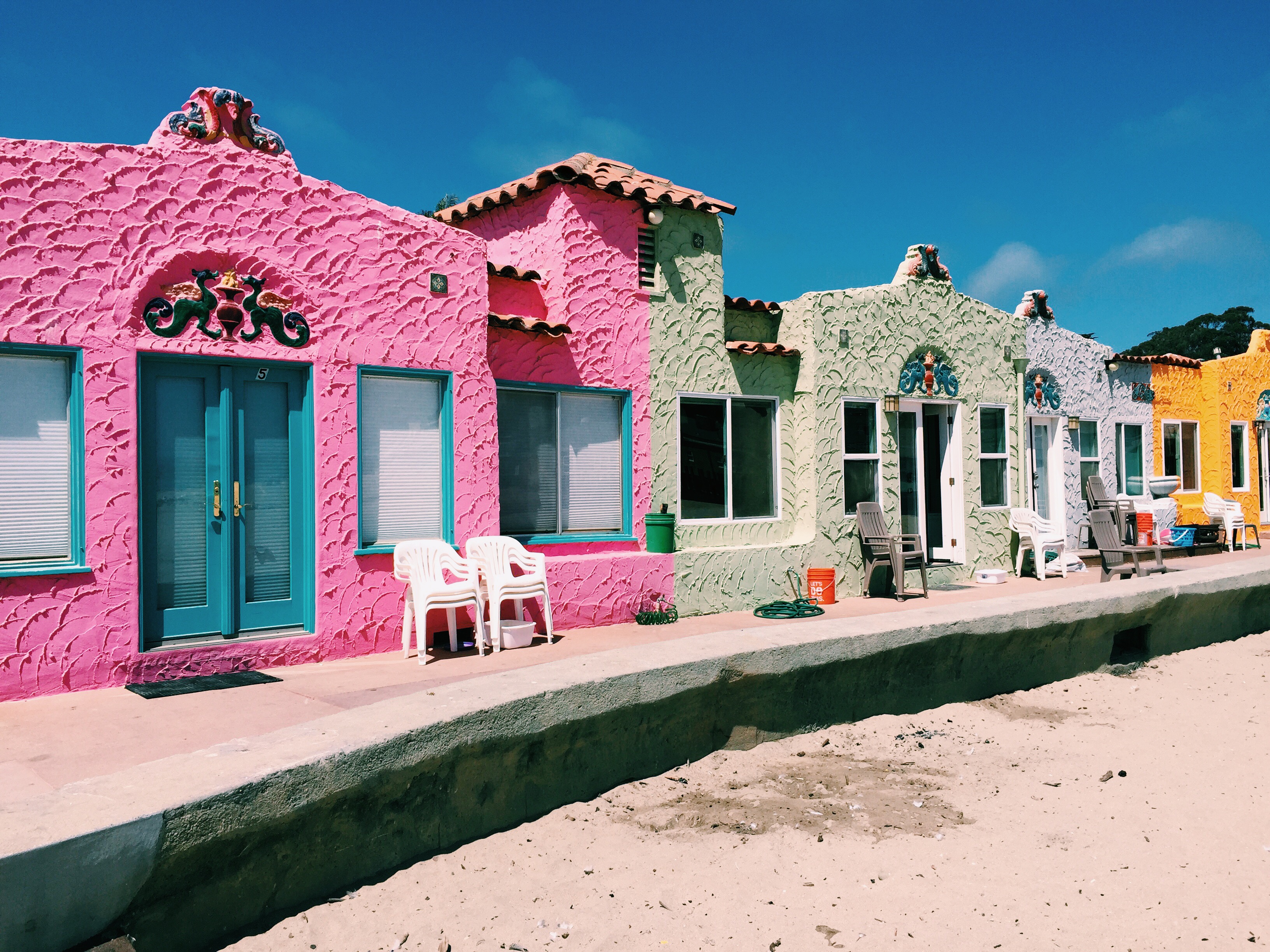 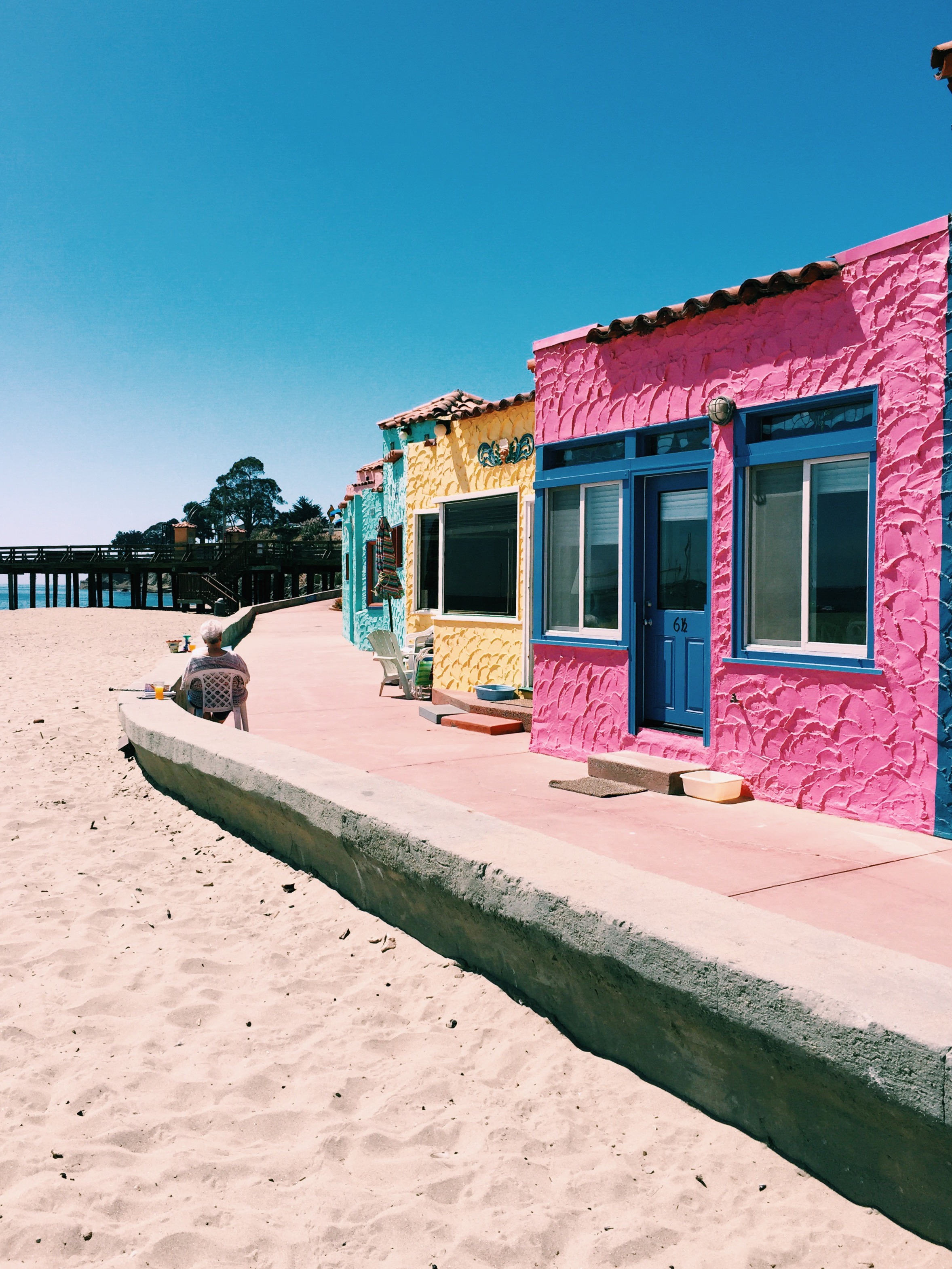 About 50 minutes South, our next stop was the Monterey Bay Aquarium (below – I only took one photo, i’m sorry!!!). I am a total sucker for aquariums, and this one was officially THE nicest aquarium i’ve ever been to. Supposedly if you go after 2 PM the crowds die down. We had no idea and just happened to arrive after 2 PM, so we sort of had the aquarium to ourselves (give or take a few kids and strollers). This aquarium has awesome touch pools with manta rays and creatures you’d find in coral reefs.

The mission of the aquarium is to inspire conservation of the ocean. I really felt like they were doing that. They had exhibits around what we as humans can do to save whales, sharks, dolphins and turtles. They even pass out brochures teaching you what types of fish to eat and to avoid (because of extinction and overfishing). They have a pretty cool app that has similar info. Look them up!

They also have an area to walk outside and observe sea life right under the Aquarium (since the aquarium is located on the edge of the Pacific Ocean!) We saw crabs swimming around, and seagulls trying to catch them. It was really cool!

The town of Monterey is so clean and adorable. We talked about coming back and staying here! 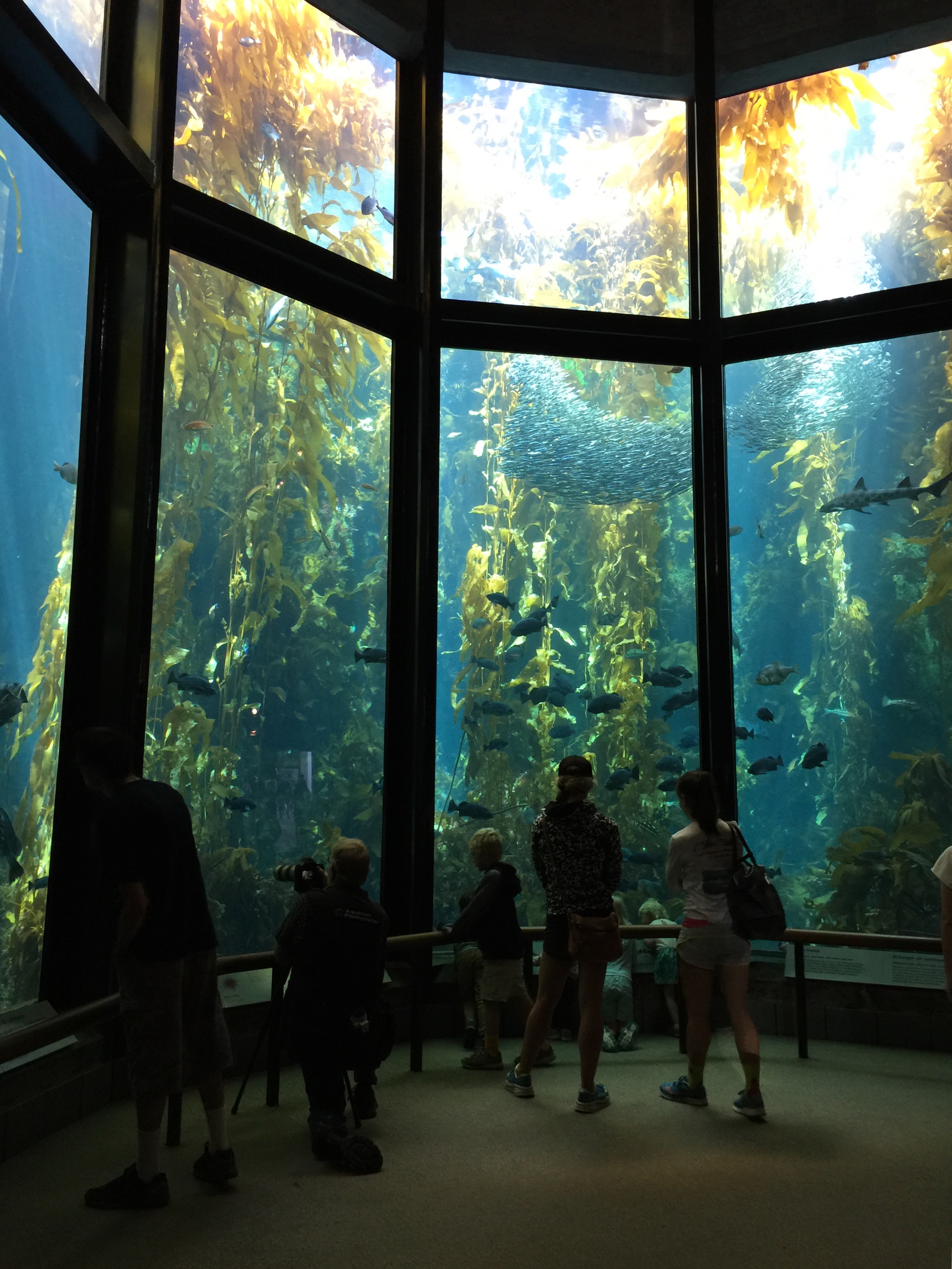 With two more stops on the list, Bixby Bridge had to be one of them! The two lane road and turns on this mountain had my hands (and head) sweating the whole time, but it was worth it! We also drove over and past the bridge into Big Sur where we had to turn around because there were wildfires. We saw helicopters grabbing water and everything!

Side note: if you’re on Hwy 1 at night, it is terrifying. It’s two lanes on the edge of a cliff, no street lights and sharp turns. I was biting my nails the entire time. I would suggest leaving before it gets dark. And if you get car sick easily, this road does have its fair share of turns…though not as bad as Point Reyes. We tried to make our way out to see the Point Reyes lighthouse. NEVER AGAIN. I promise with every fiber in my body, it’s the curviest, most head spinning drive i’ve ever been on…in my entire life. Tyler had to stop a few times because I thought I was going to hurl. You could not pay me money to get on that road again. 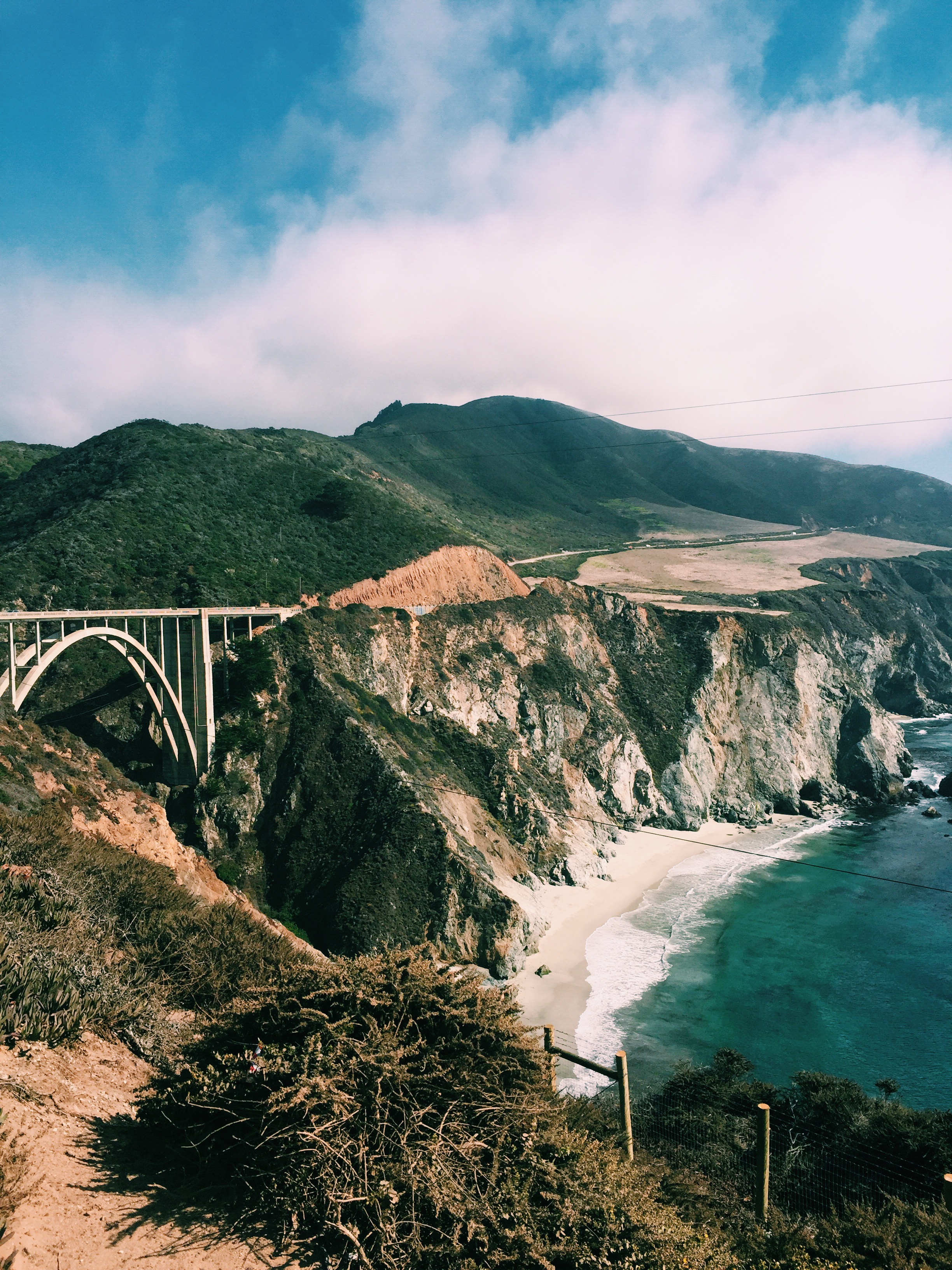 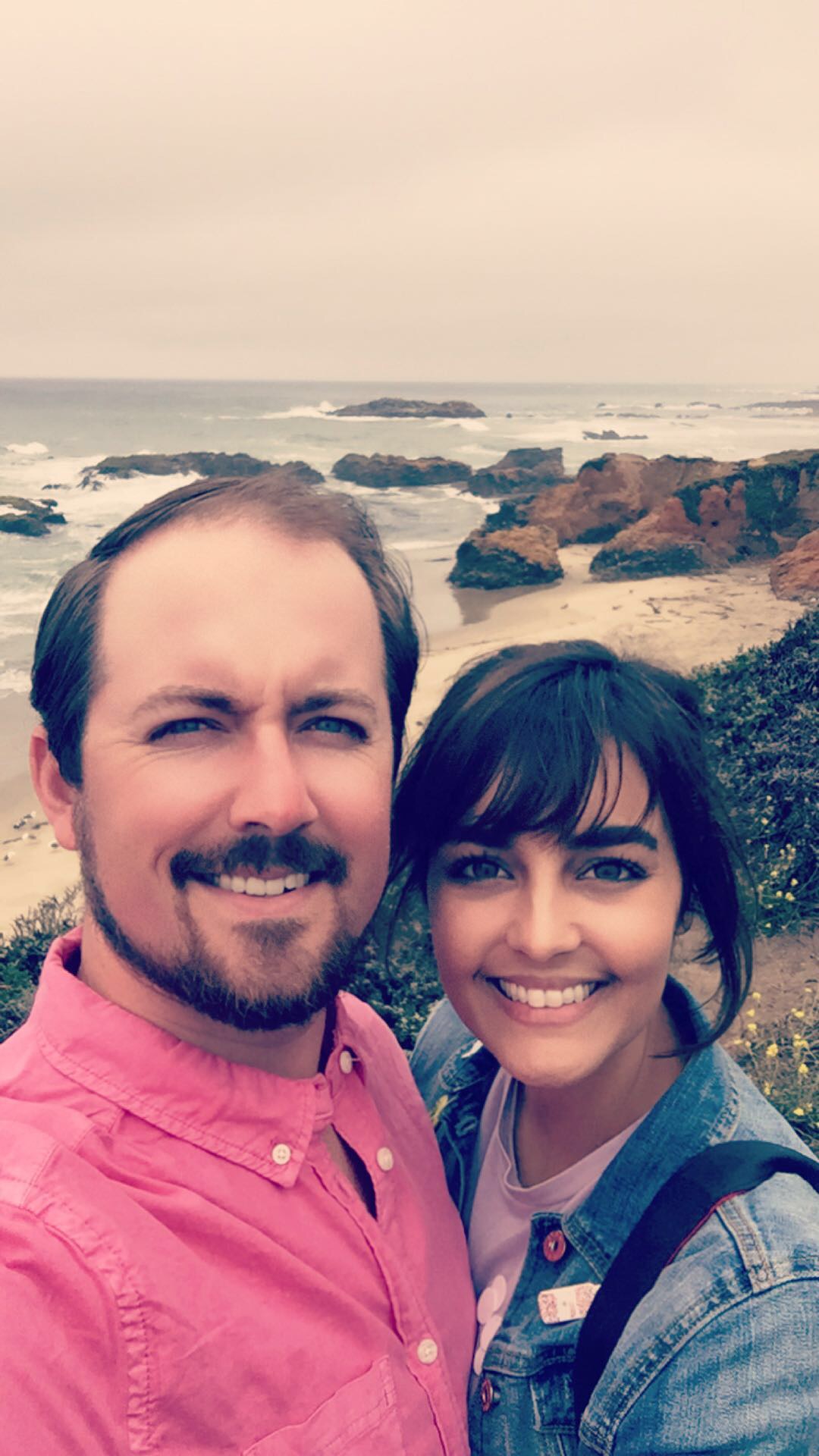 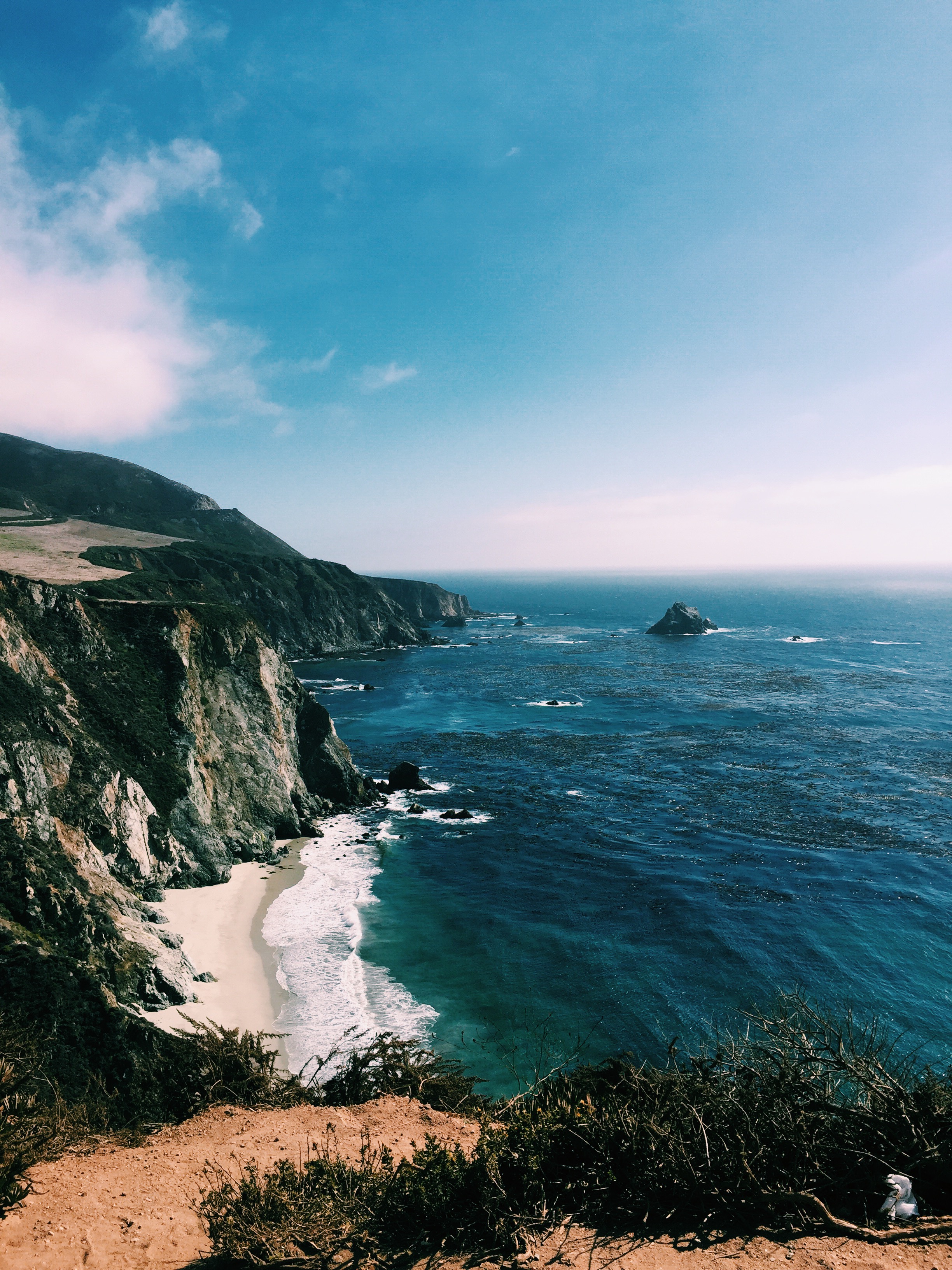 Our last stop on this epic road trip was Carmel. By the time we got to Carmel, the sun was going down. I was kind of upset because we wouldn’t be able to see all the quaint homes (or take photos!) but we found the most charming restaurant for dinner, so all was well.

Boy does this town know romance! It has quaint shops, cobblestone streets, and our restaurant even had the fireplace going (since it’s so darn cold in Cali! I’ve had my jacket on the whole trip!) We also talked about coming back here for Valentine’s Day one year. We loved it.

This was also the first restaurant we’ve been to that actually served us. It didn’t involve waiting in lines, or grabbing a number, or a vibrating pager. It was really nice to be able to sit back, have a great conversation and enjoy an even better meal (we got the chefs special with a honey mustard salad, chicken and pasta and cheesecake for dessert). Highly recommend!

Only two more days, and our trip is over. I plan on posting our budget at the end!