We had a late start today! We woke up at 6:30 AM for a hotel breakfast but came back to the room and laid in bed for another 3 hours. We’ve only walked around for a day and a half and our feet are already on fire! Tyler got a cherry red sunburn on one side of his face from the ballgame. Mental note: next time, bring sunscreen!

We had 10:30 AM reservations for a bike pickup at Blazing Saddles. Our plan was to bike across the Golden Gate Bridge into Sausalito. We stopped at Trader Joes for some snacks (peanut butter pretzels, waters and chocolate, of course). 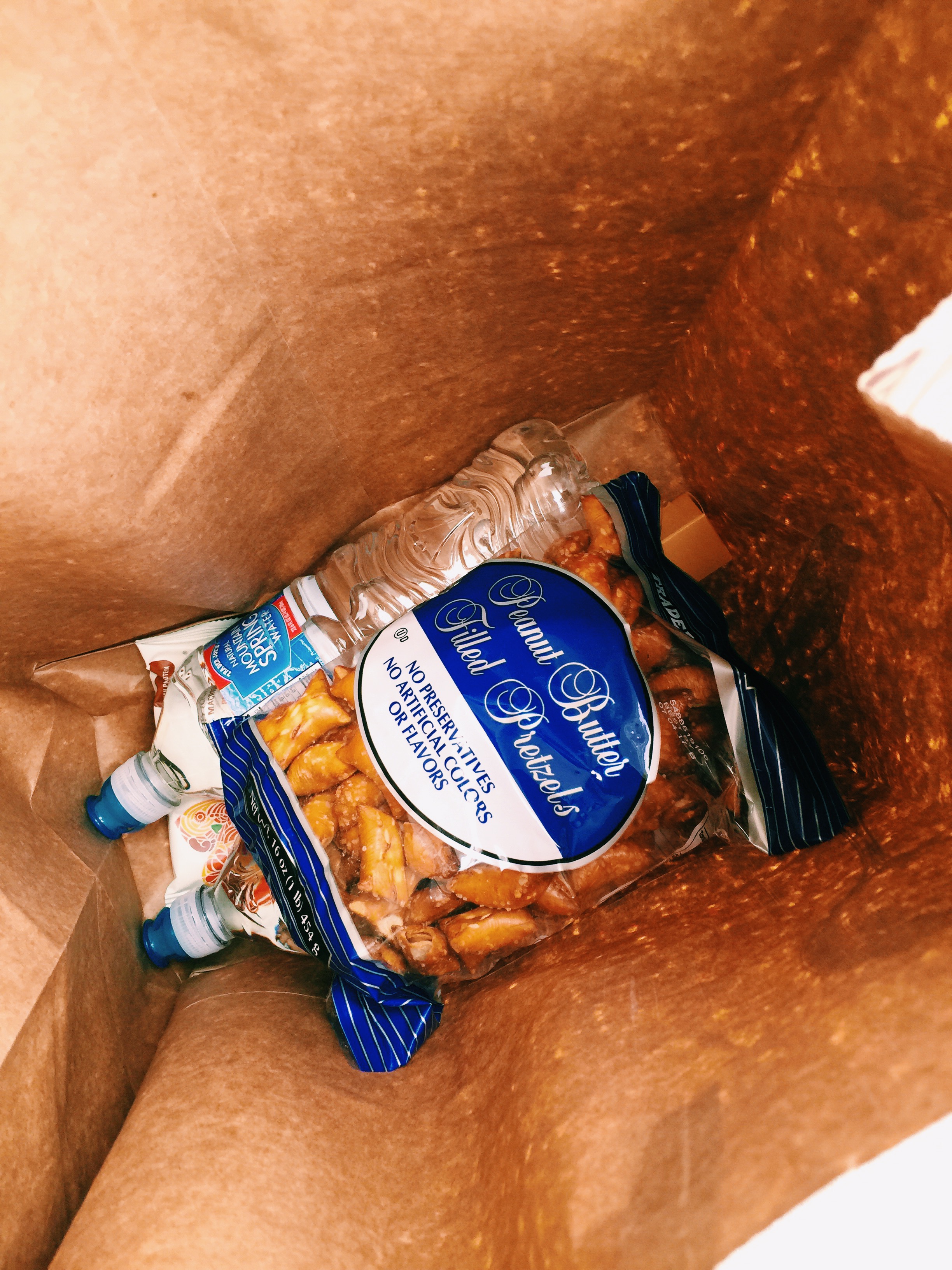 Blazing Saddle’s staff was so much fun! They had a ton of energy and were so helpful in showing us how to get around town and also use our bikes (since I got an electric one – something Tyler would regret not getting later) *insert evil laugh* The staff even cheered us on when we came back from our ride! 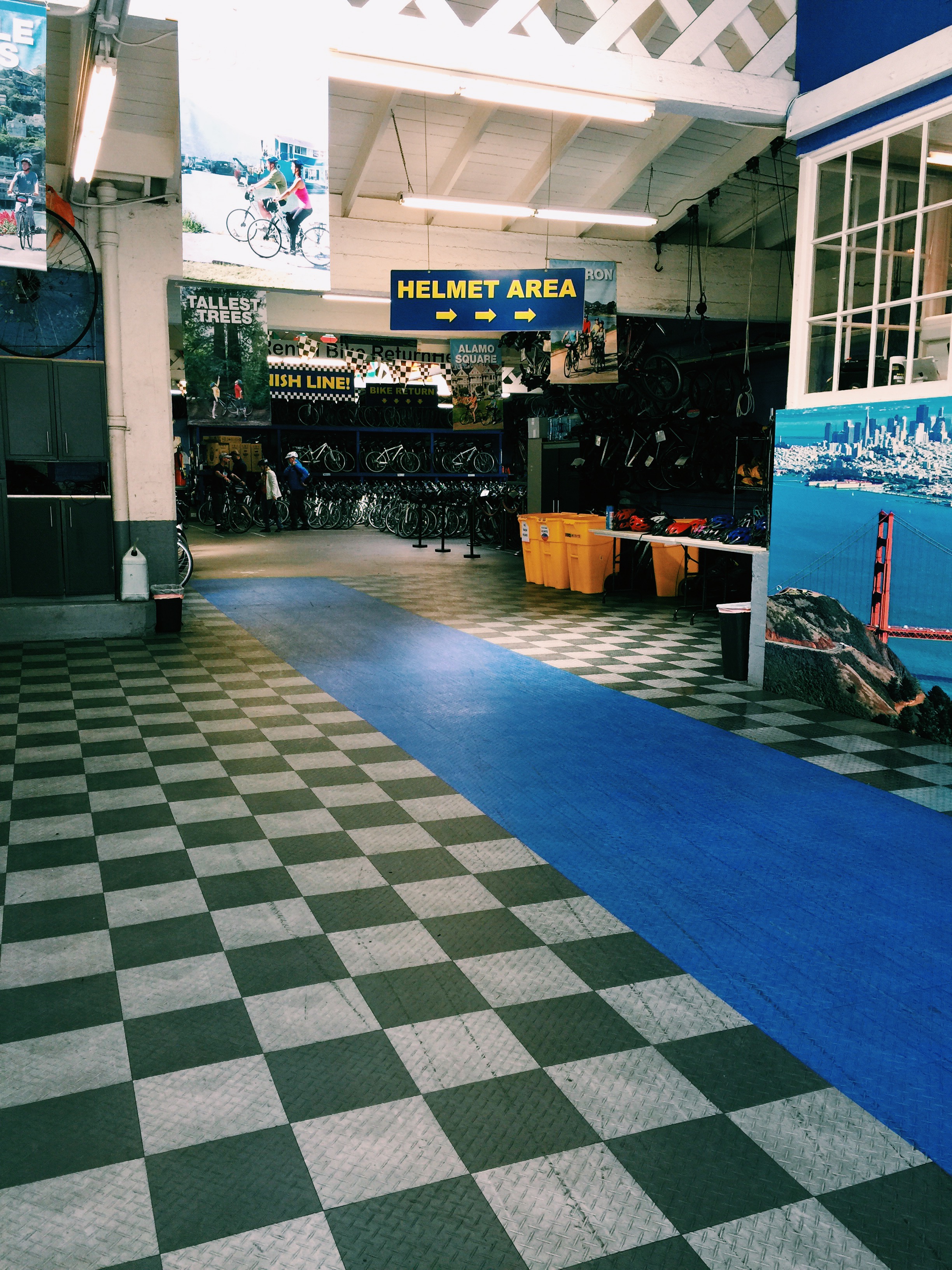 Within 10 minutes of starting our self guided tour, we were grinning from ear to ear. Sunshine on our faces, 65 degrees, beautiful scenery of houses and parks and dogs swimming in the bay. This is when you really notice just how beautiful this city truly is!! The bike path was flat at most times, but there would be a stretch where it would go up a hill. A lot of people walked their bikes up it since it was so, so steep. This is when I was glad I had an electric bike. I was like a kid in a candy store. That thing was amazing! 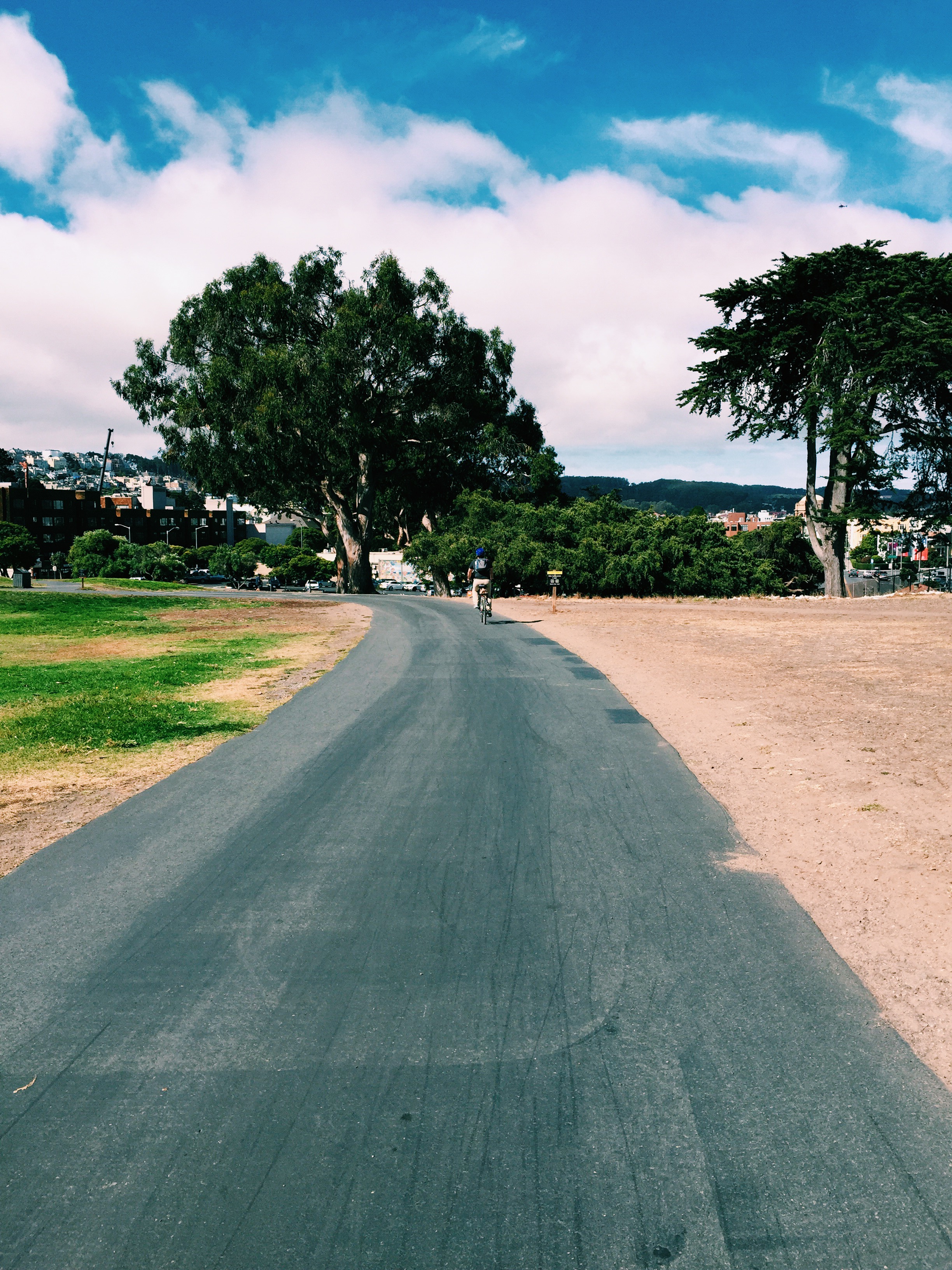 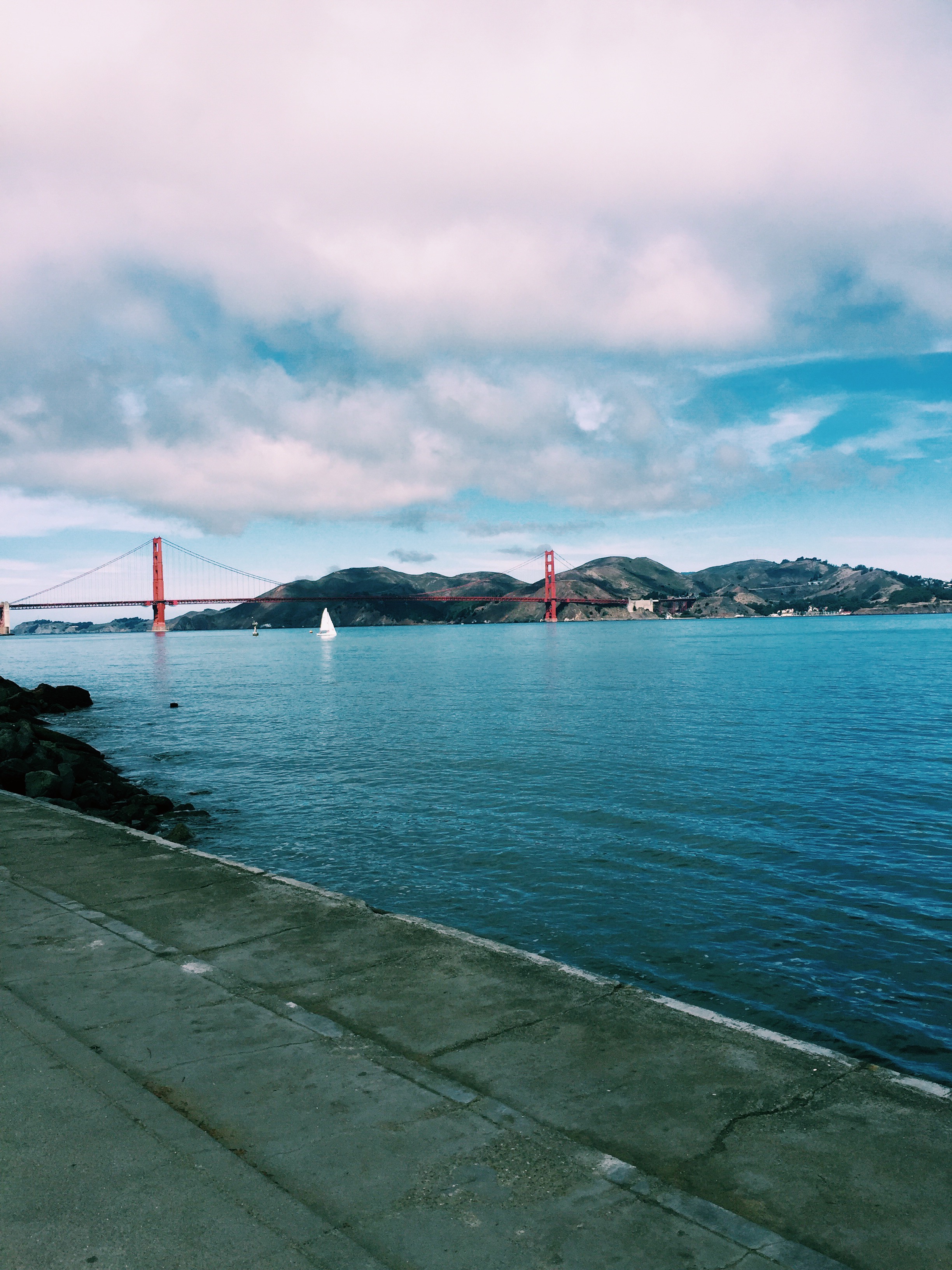 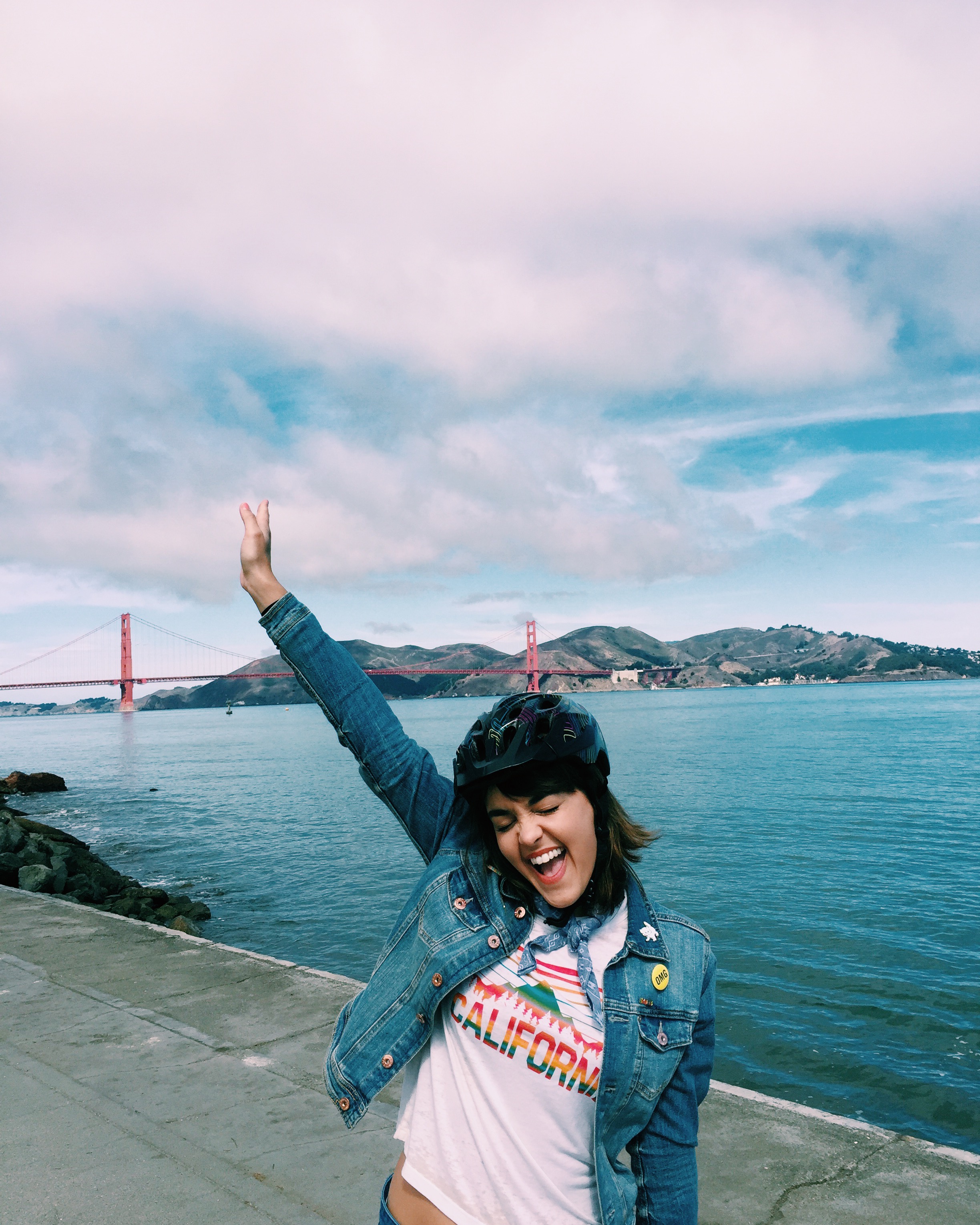 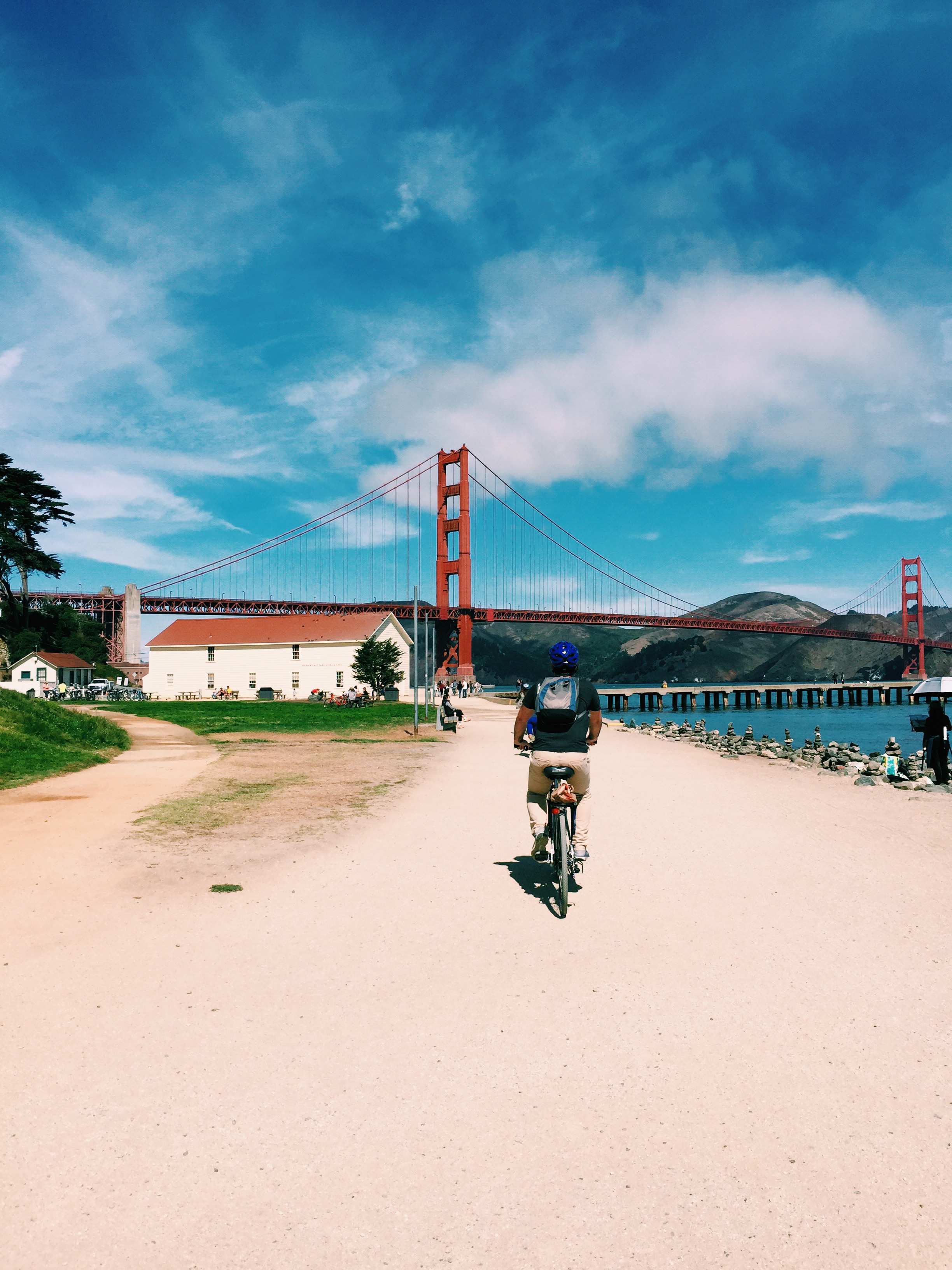 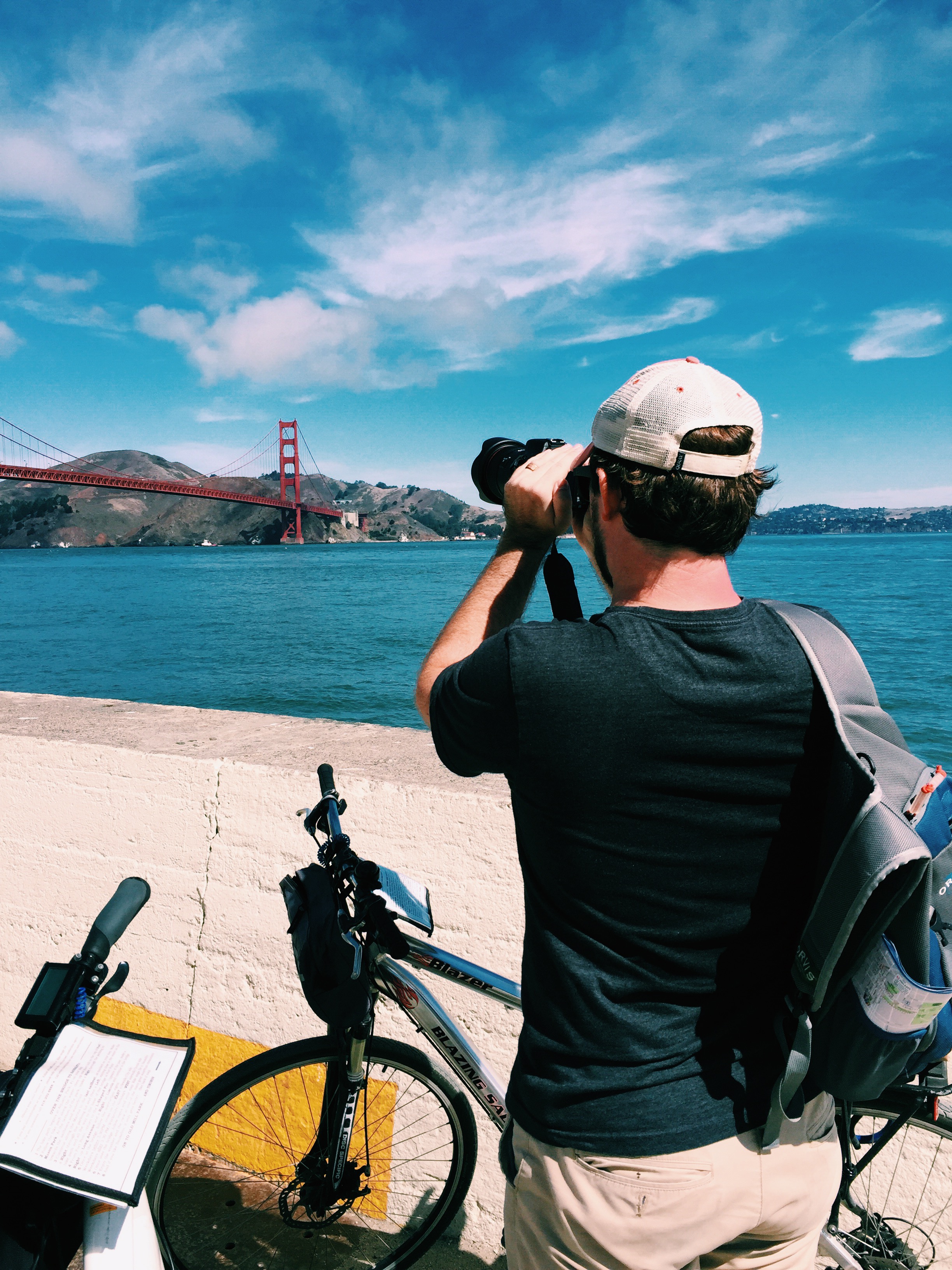 Right before we went over the Golden Gate Bridge, Tyler stopped at the Golden Gate Visitors Center to get a stamp in his passport book. He tries to bring his book on every trip, and has stamps from the Elk refuge in Jackson hole to Great Sand Dunes National Park to the Washington Monument. It’s a fun hobby for him. 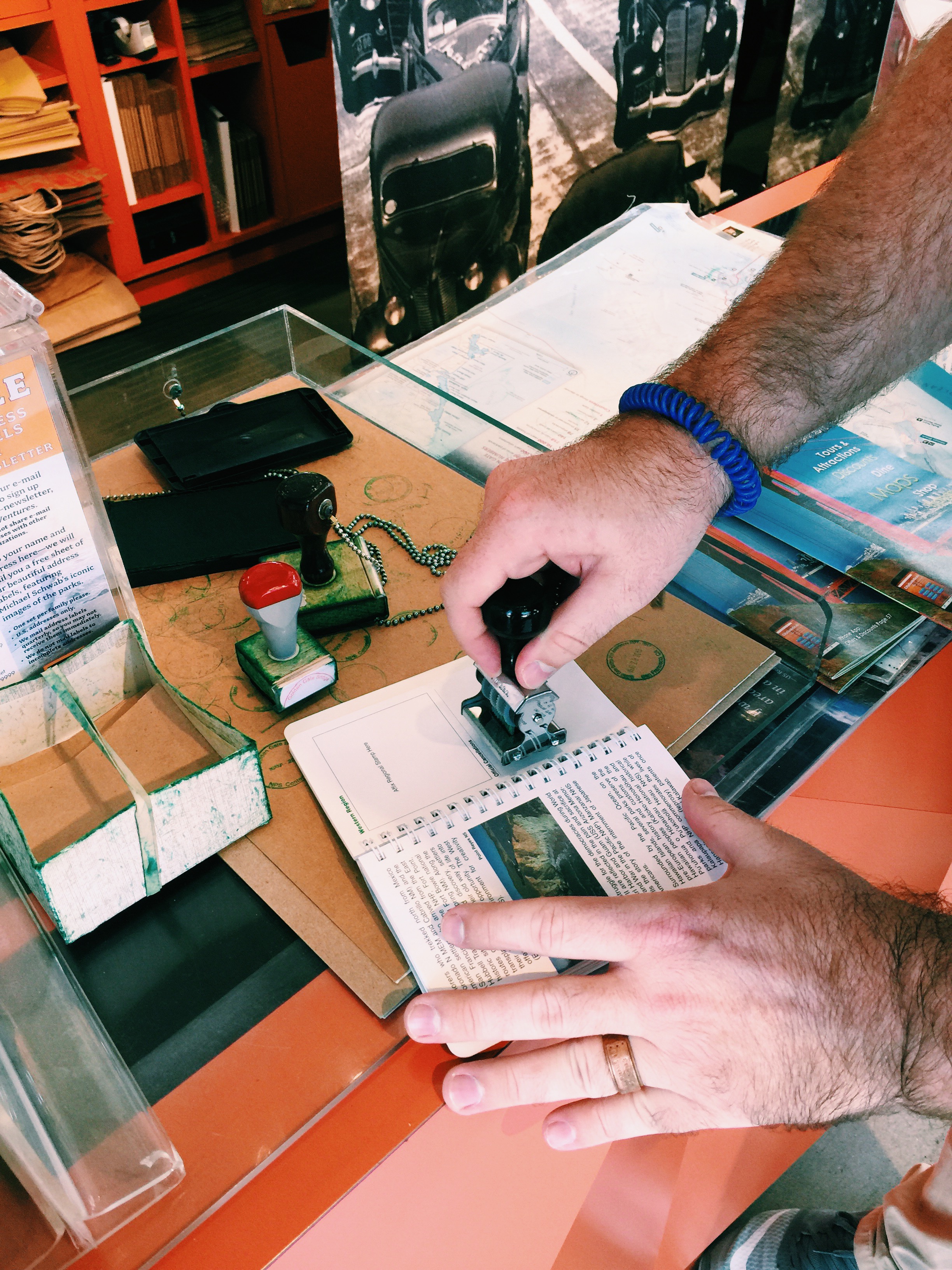 Now for the grand finale – when we made our way across the Golden Gate bridge! It was so loud from the cars! But still so beautiful. We probably stopped around 5 times to take photos. It was very surreal standing on a bridge I’ve only seen in pictures!! 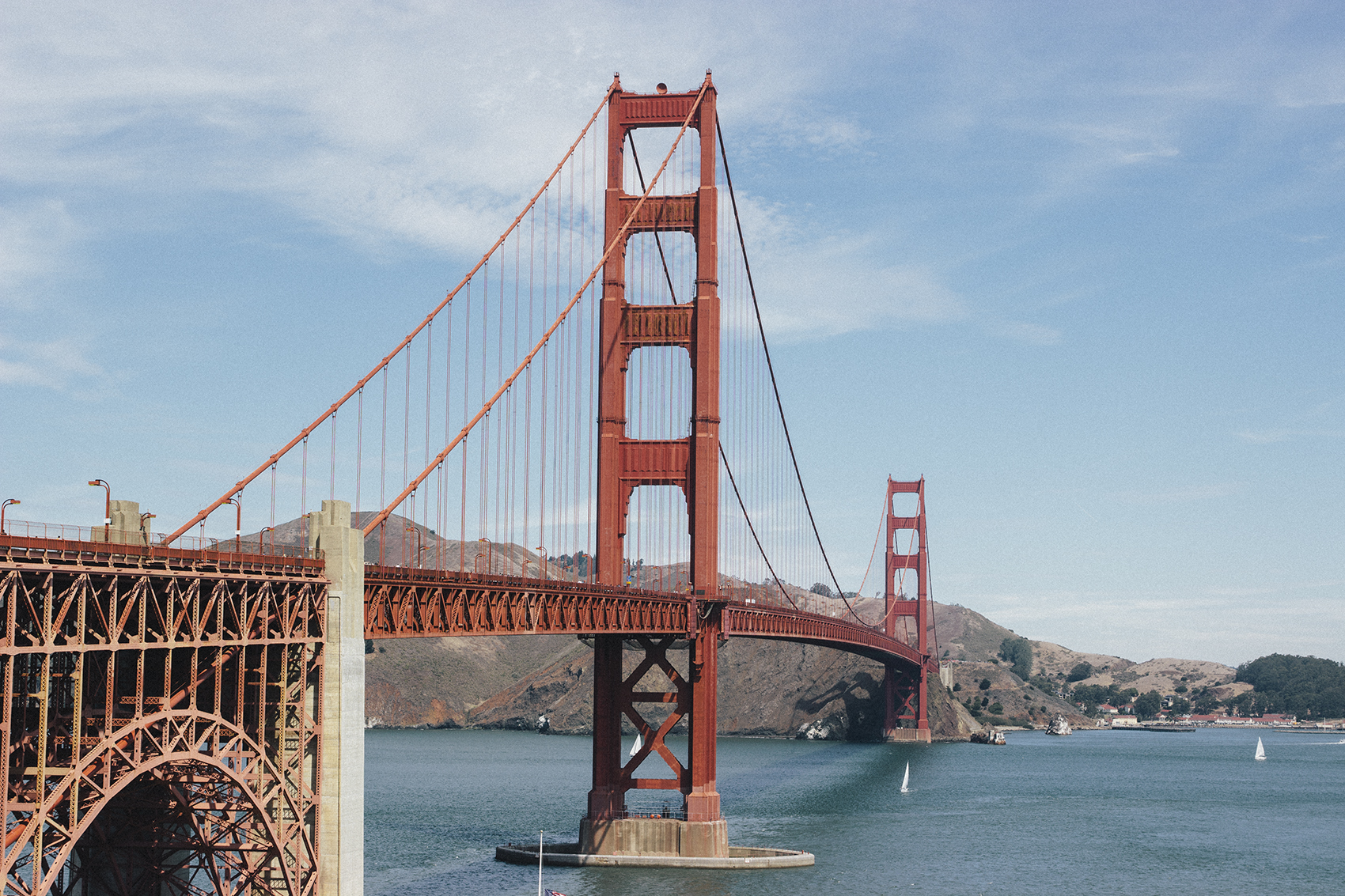 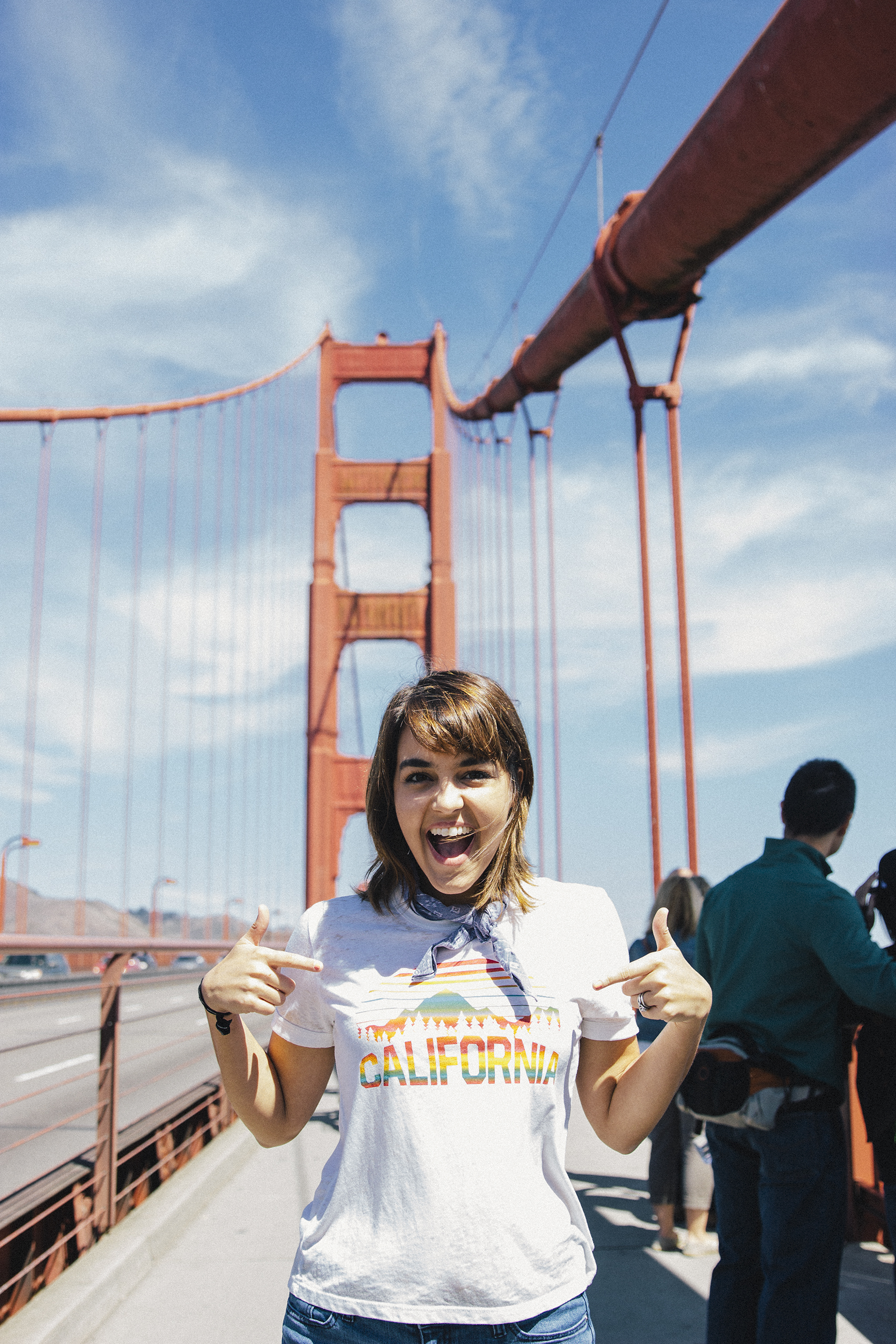 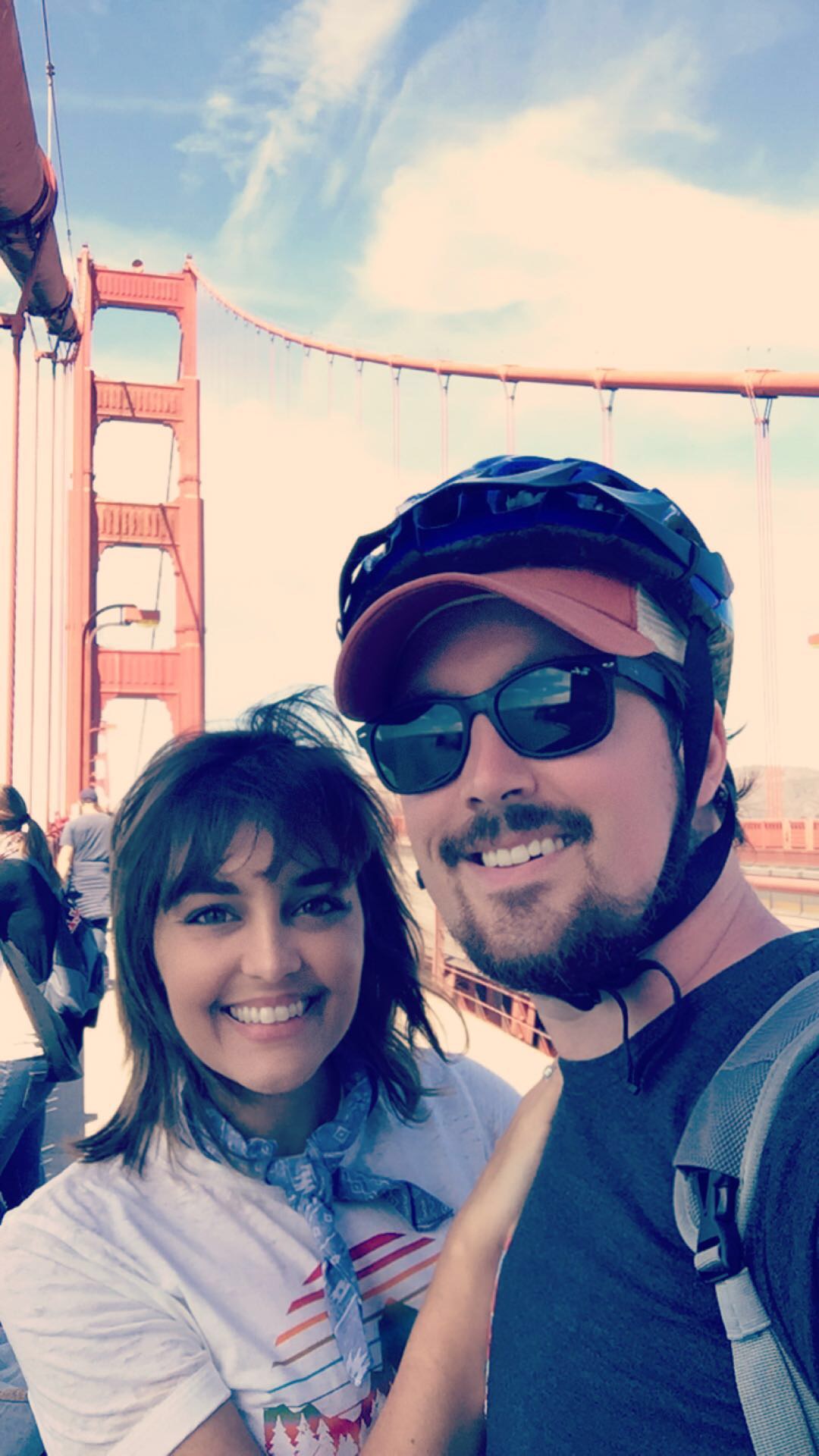 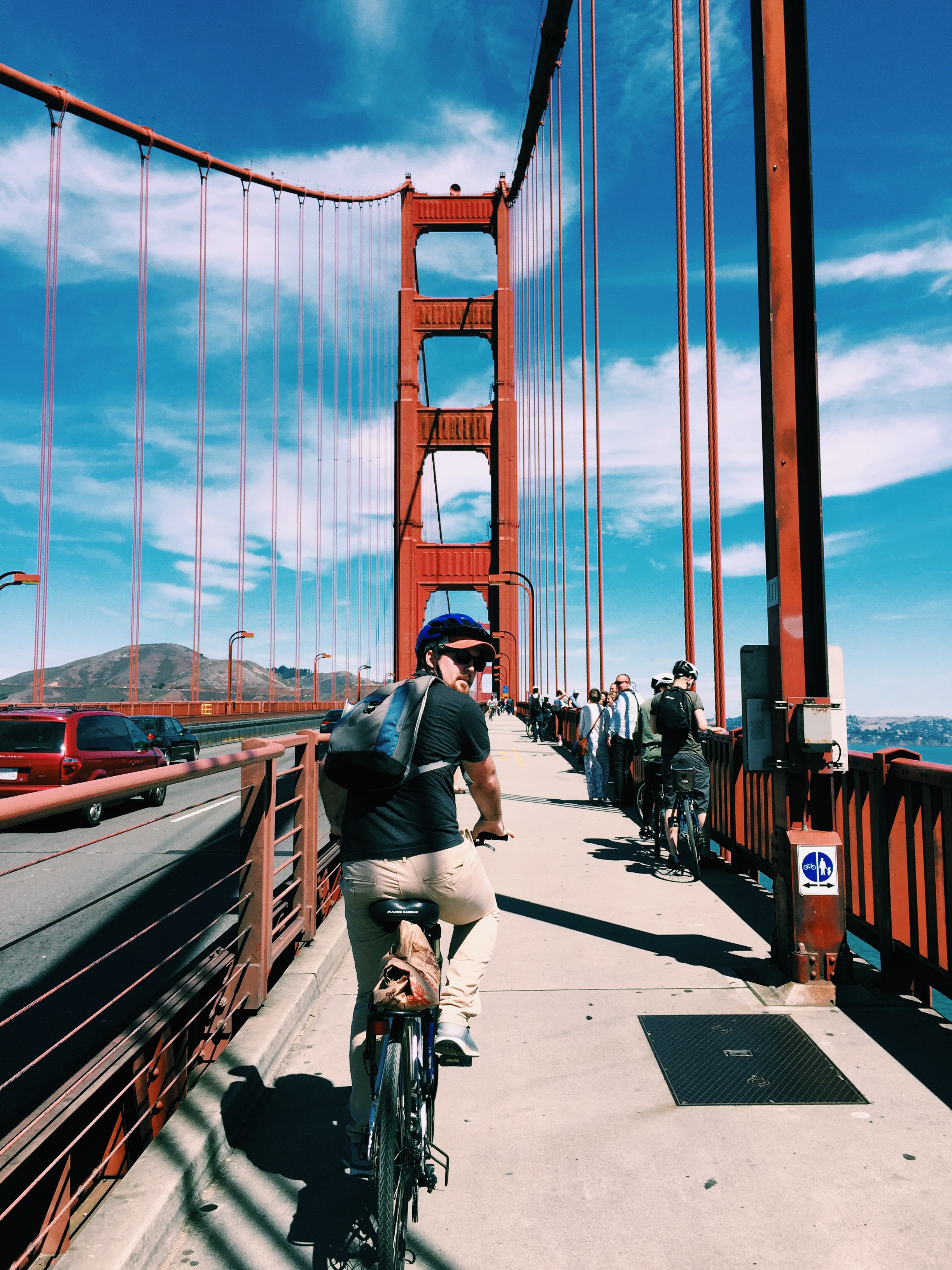 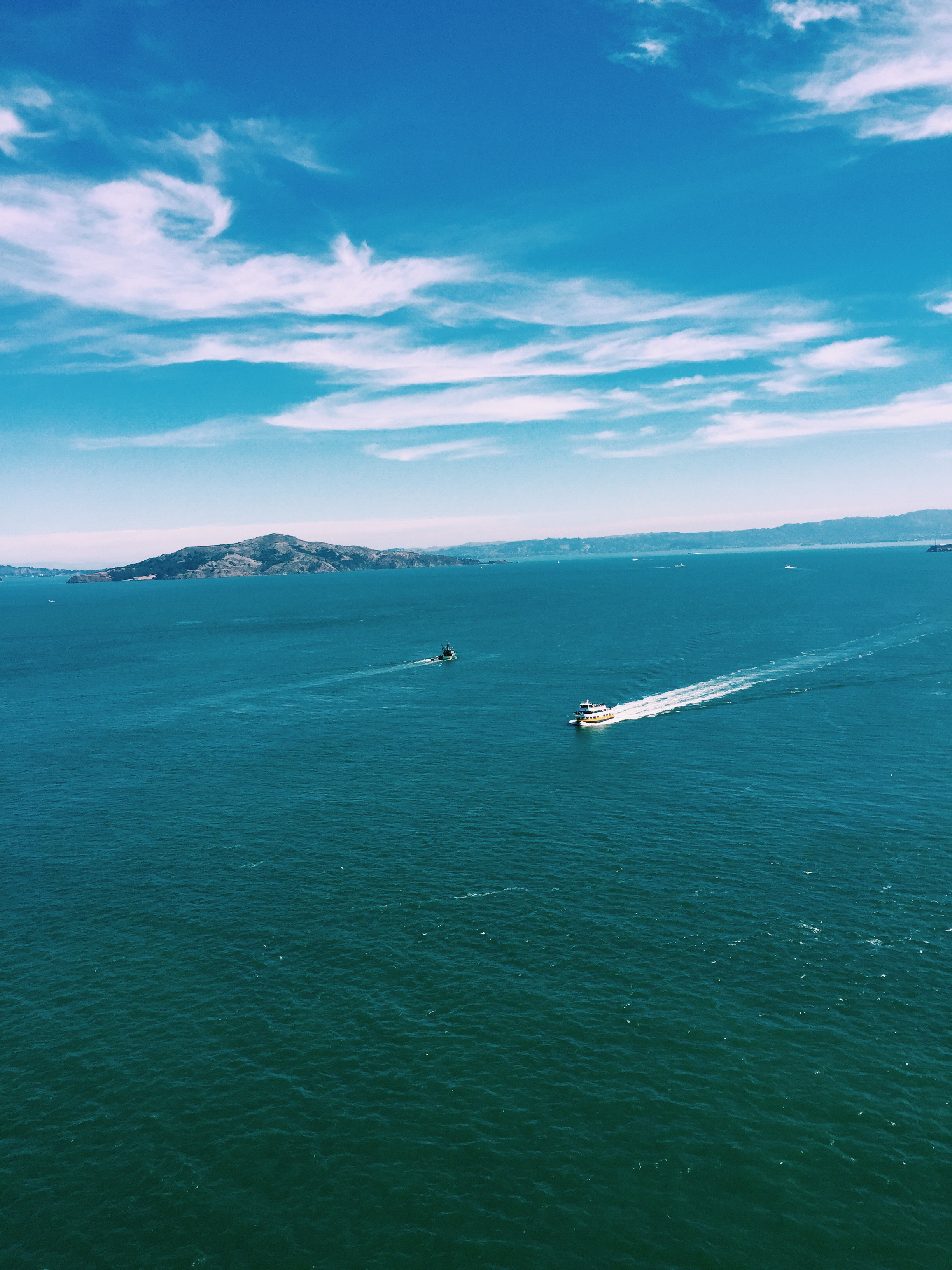 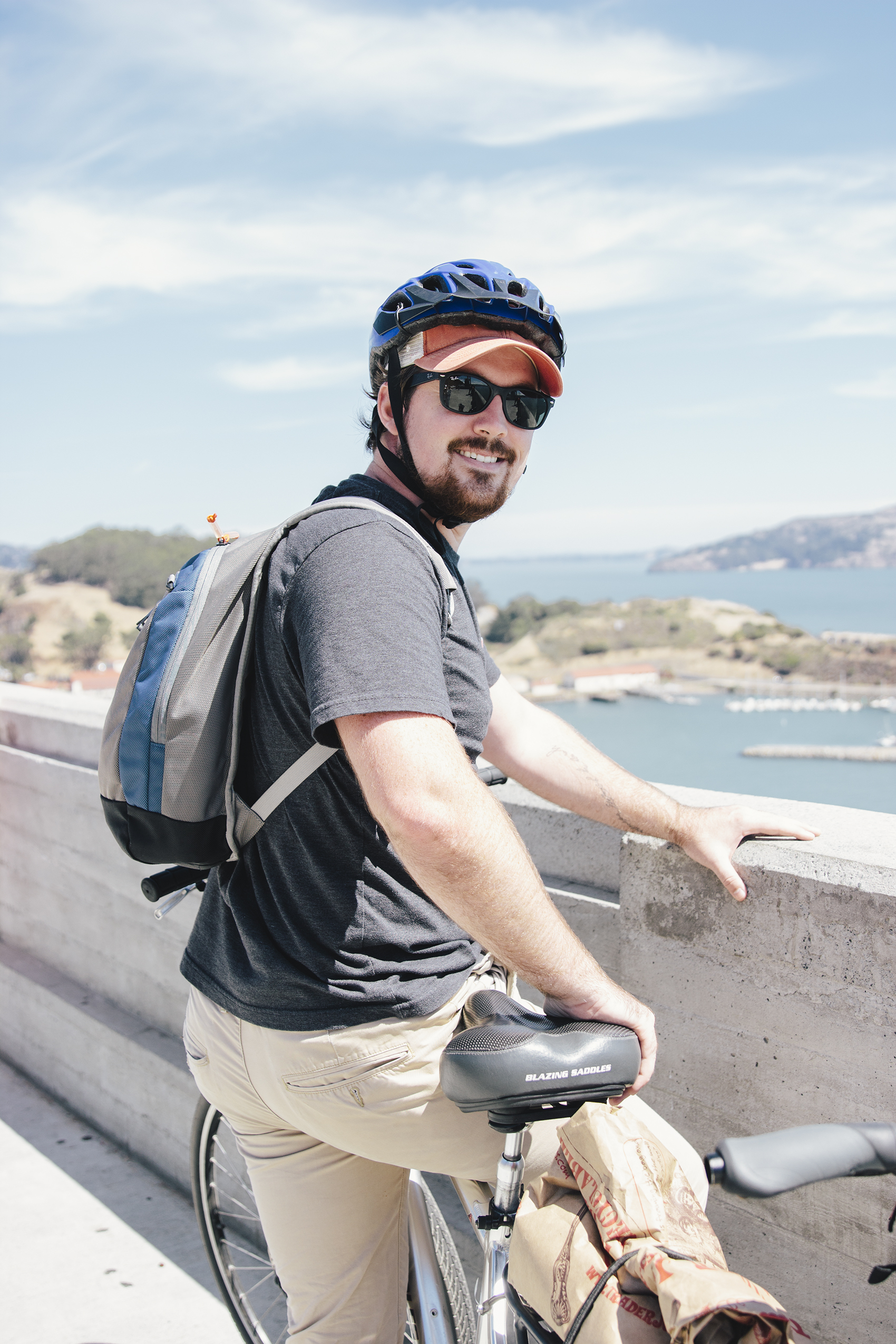 After the bridge, we went downhill and around a few street corners where we found ourselves in Sausalito. It’s such a picture book type town where I imagine neighbors leave their keys in the car, their houses unlocked and know the mailman by name. Tyler thinks the houses on the cliffs look like Cinque Terra (though we’ve never been there before!) And nearby Tiburon is where my favorite actor lived – Robin Williams. It’s an absolutely stunning town and somehow I managed to get ZERO pictures of it! All in all, it was a must see place, and we spent our time eating sandwiches on a park bench and buying saltwater taffy (and we even talked about coming back and staying here!)

Since i’ve been in San Francisco, I forget that I’m not in the South and “yall” as well as other southern phrases are not as understood here. For example, at the Starbucks in Sausalito, we ordered coffee for the ferry ride back into San Francisco. Tyler ordered a “Care-ah-mel” frappuccino and the barista said, “I’m sorry??” followed by a blank stare, like we were speaking a foreign language. Tyler quickly realized it’s pronounced “Car-ah-muhl” here, reworded it and the barista said, “Coming right up!” We thought it was so darn funny!

Our bike ride lasted til 3:50 PM where a ferry picked us up in Sausalito and dropped us off at one of the piers in San Francisco. If you’re not a boat person like me (equilibrium issues), sit at the very top and get as much wind on your face as possible! Also, if you’re the first on the boat, you’re the last to get your bike out of a hundred bikes. This is when I beat my timely self up.

We ate dinner at what has probably been my most favorite so far on this trip : Carmel Pizza. I’m a huge sucker for a good Margherita Pizza and theirs was nothing short of perfection. We finished with dessert right next door at The Baked Bear. I got funfetti cookies stuffed with vanilla ice cream and fruity pebbles. I HAD NO IDEA HOW GOOD FRUITY PEBBLES TASTED ON ICE CREAM. 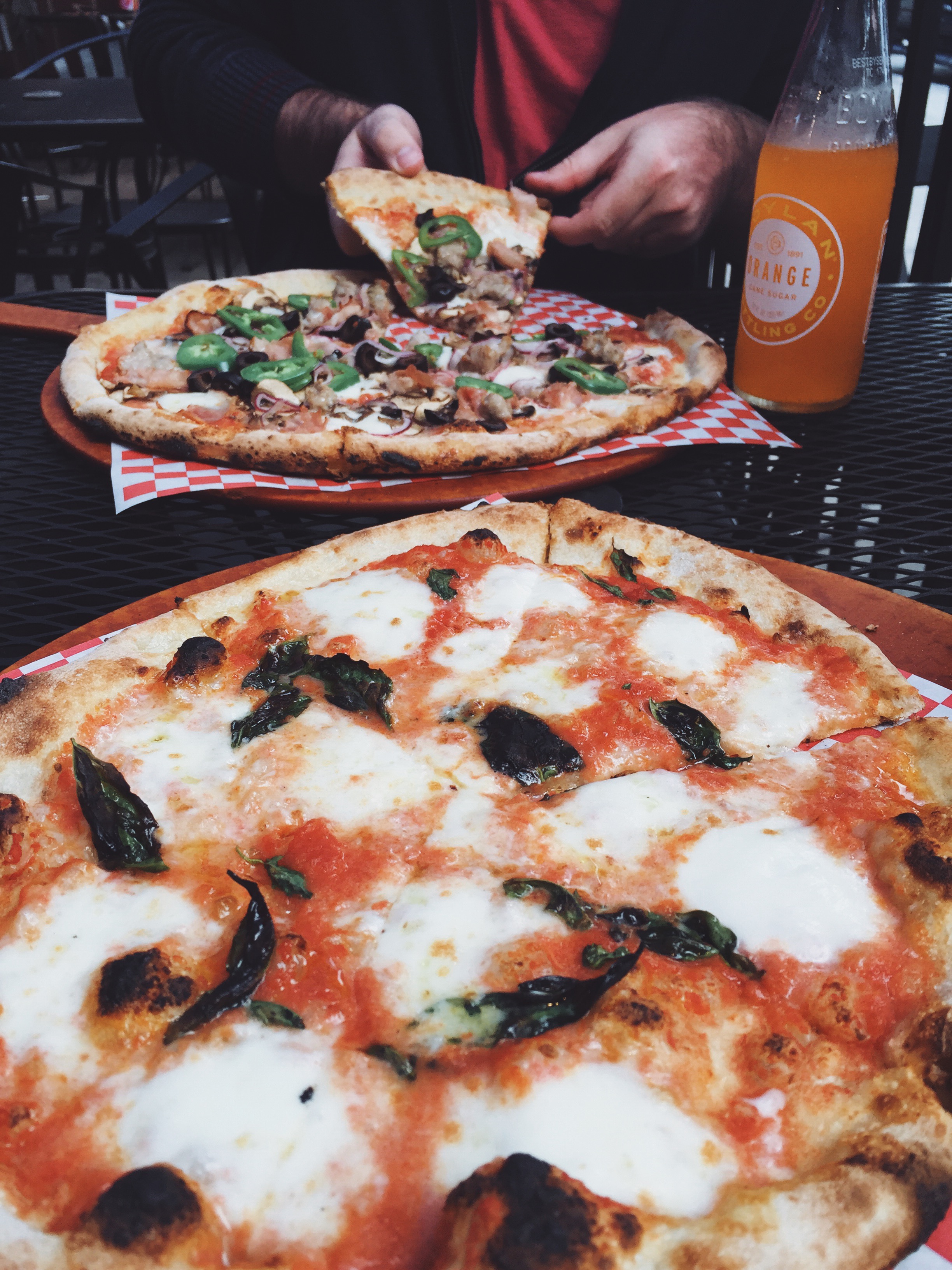 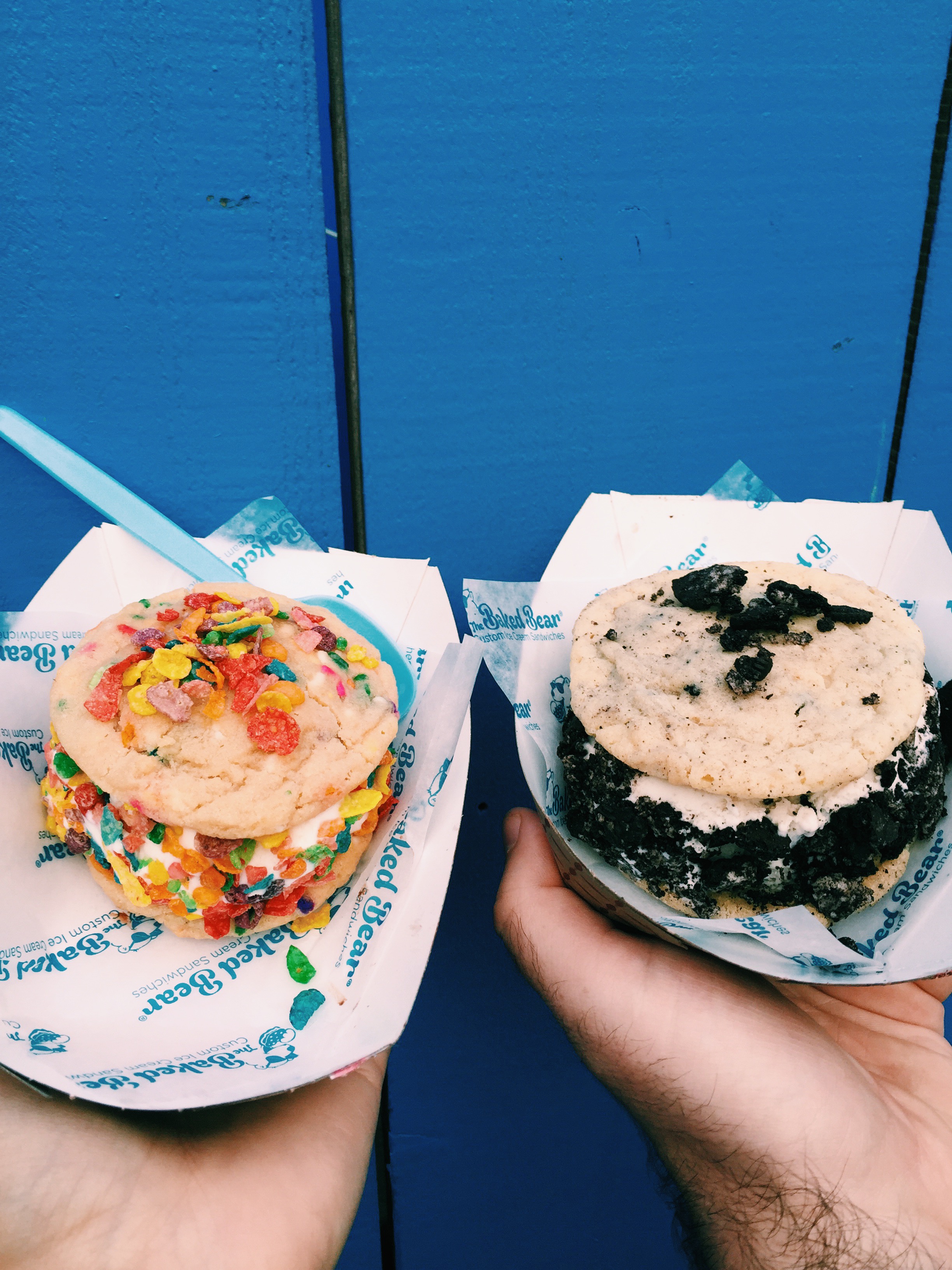 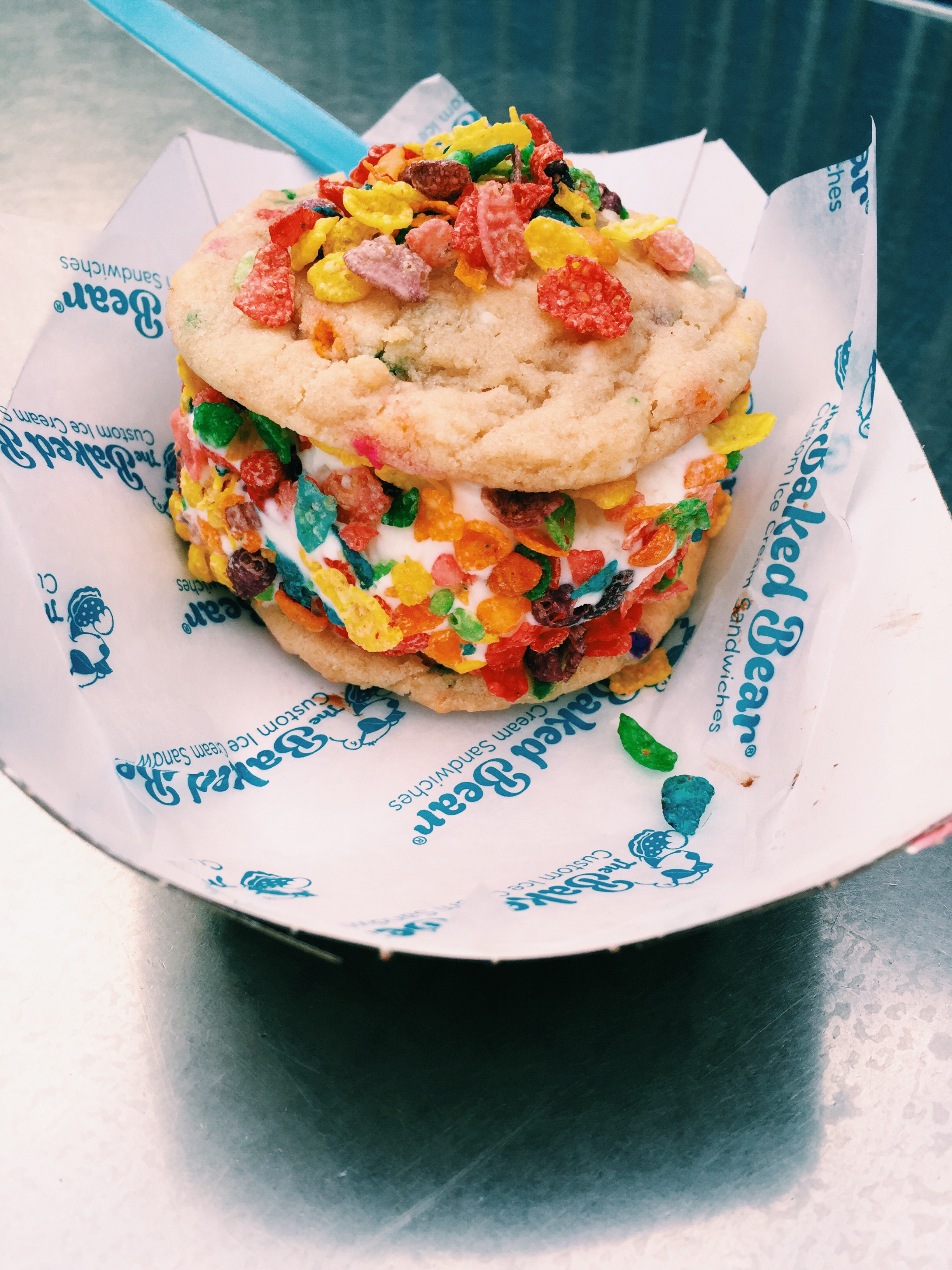 Hey, you wanna know what I really love about cities? The creativity. I’ve been following yarn bombers online for forever. Yarn bombing is a type of graffiti or street art that employs colourful displays of knitted or crocheted yarn. It can be on anything from cars to park benches to bike racks. This one was on a tree and I just about died. 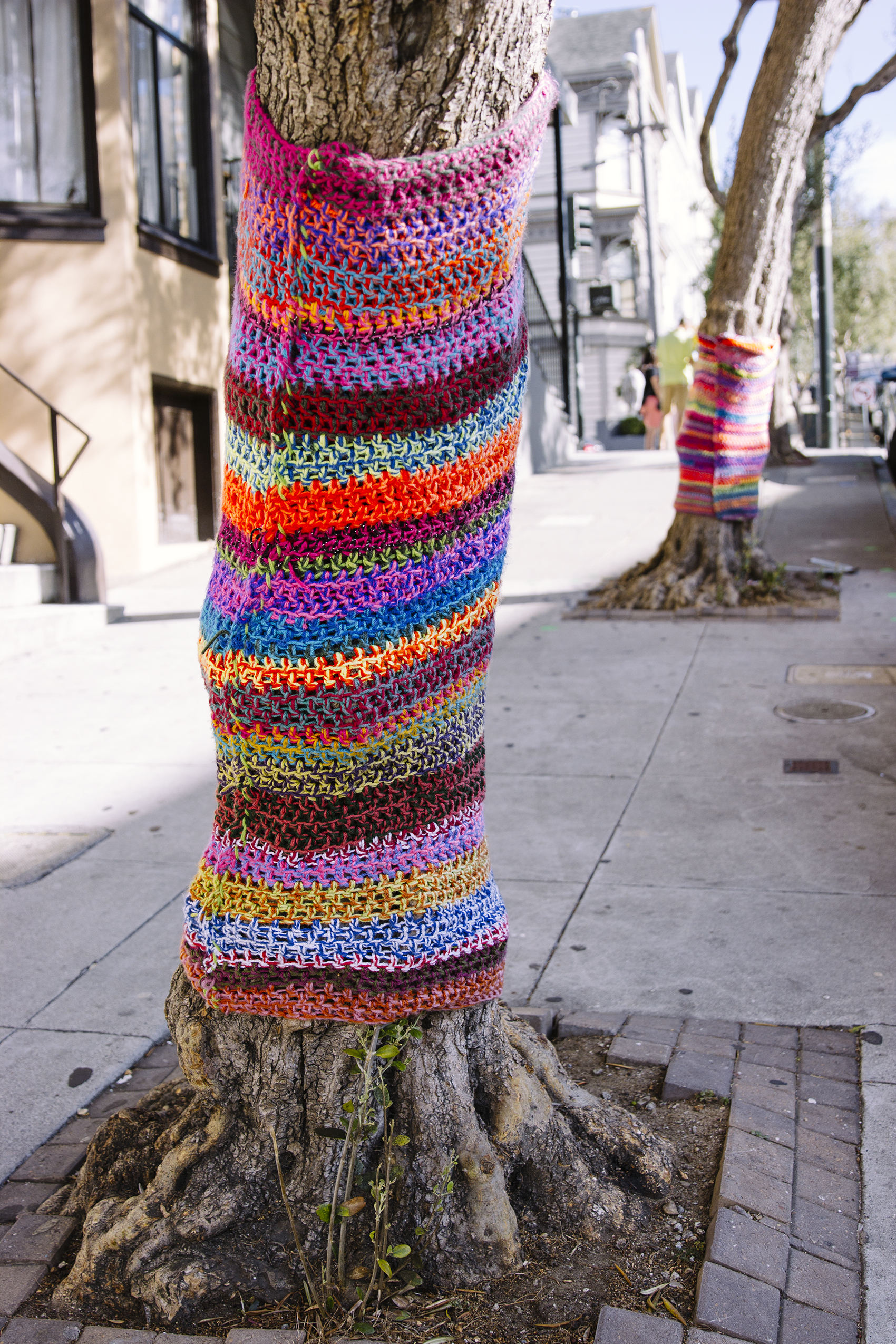 I DIE. I immediately gasped for air and hugged it. Tyler kept saying, “I don’t understand.” He didn’t have to. It’s something i’ve been wanting to see for years, and I finally got to. This one goes down in the books.